Both Facebook and Instagram are now censoring Tucker Carlson’s interview with the Chinese scientist, which we posted last night, who alleges that she has proof that the China virus was created in a lab in Wuhan and then released by the Chinese government: 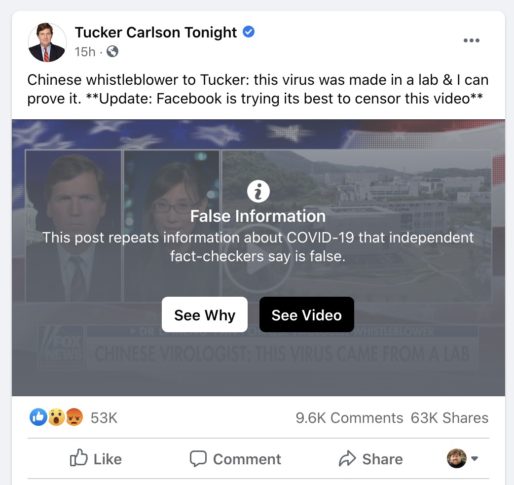 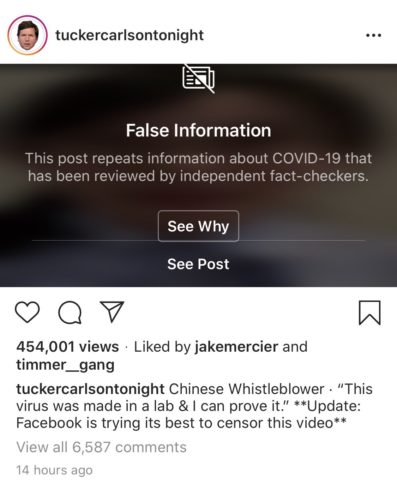 It’s not a complete block as both will still let you see the post, but only after you know that it’s COMPLETELY AND EXTREMELY FALSE and, of course, you click past their censorship wall to see the video.

We told you yesterday that Twitter had already blocked Dr. Li-Meng Yan new account, which she set up on Monday. So far they haven’t blocked Tucker’s interview post but you can expect that to be coming. And it wouldn’t surprise me in the least if Youtube follows suit and blocks the interview as well. In fact I expect it because that’s just how Big Tech rolls.

If you haven’t seen the interview that Facebook and Instagram don’t want you to see, you can view it below: