Twitter has suspended ⁦@TeamTrump⁩ for posting a video calling Joe Biden a liar who has been ripping off our country for years, as it relates to the ⁦@nypost⁩ article.

19 days out from the election. pic.twitter.com/Z9FFzridyr 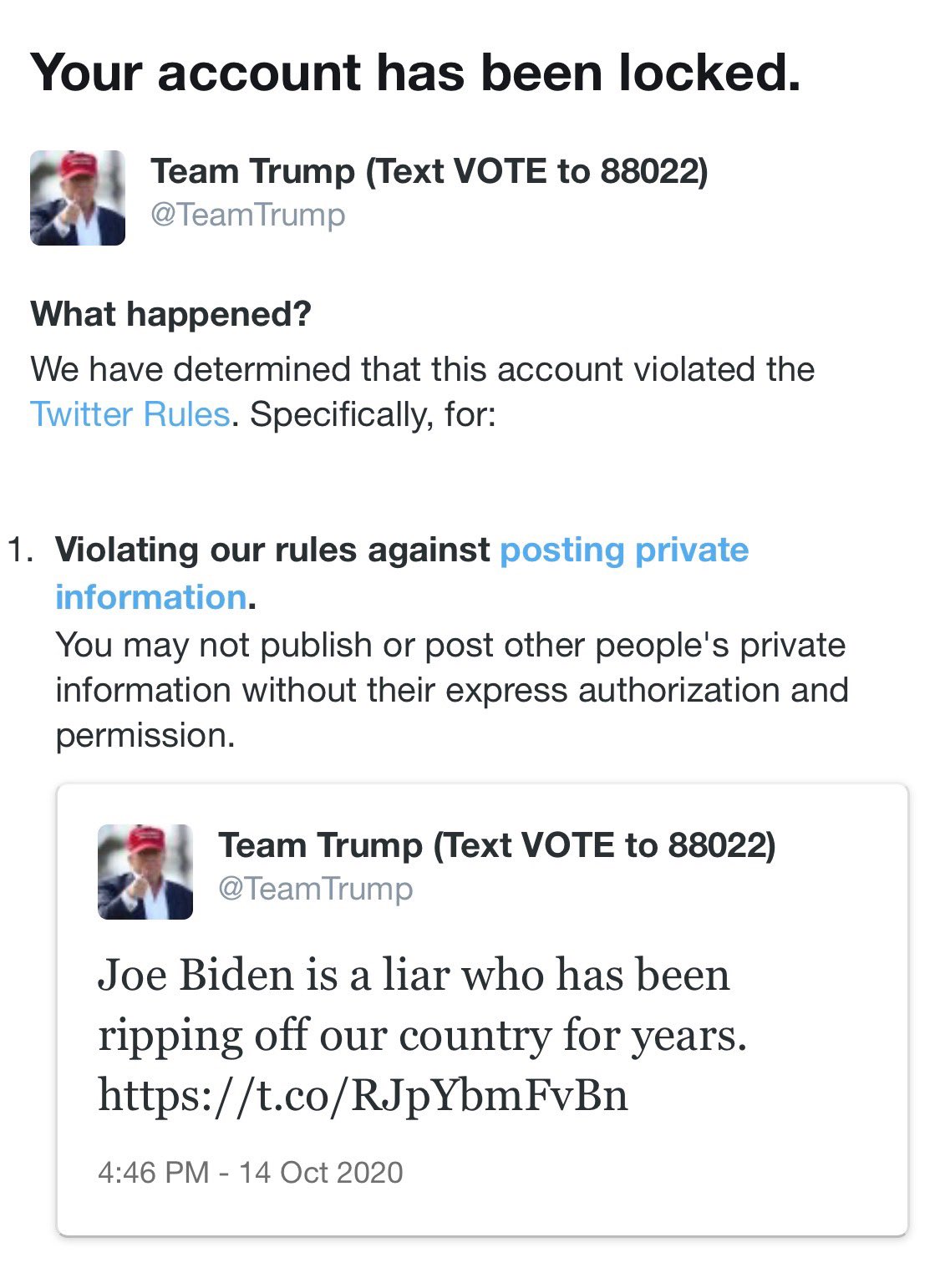 I can’t see the video that the tweet refers to, but I believe it’s this one from Trump’s facebook that was posted last night:

There is nothing wrong with that video whatsoever. It’s simply putting clips of the NY Post article with Biden’s own words.

This is really incredible censorship to protect Biden. I’ve never seen anything like it before.

I was actually working on another post about Twitter’s fascist censorship when I had to stop to get this out. So that’ll be coming very soon.