The Squad has become indistinguishable from press secretaries for Hamas. pic.twitter.com/dzLWKwNsHw

Below are Cruz’s attachments from his first tweet (so you can read them easily): 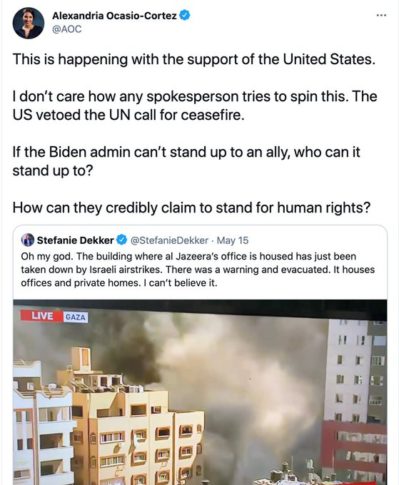 But he didn’t stop with The Squad. He also called out Bernie Sanders:

Bernie Sanders blamed “right-wing” Jews for the Hamas rocket attacks and even threatened US aid for Israel. pic.twitter.com/4ElEBKC2tW

And other Democrats have smeared our ally Israel, despite their right and obligation to defend themselves.

Is it any wonder that these radical Democrats would sound like Hamas press secretaries? It isn’t, and I am sure many more feel this way and just aren’t speaking up. But The Squad members are truly the worst, especially Tlaib and Omar.