Trump has officially responded after 12 Republicans in the Senate, dubbed the Dirty Dozen by Mark Levin, voted with Democrats to disapprove of his national emergency declaration.

Here’s what he had to say:

I look forward to VETOING the just passed Democrat inspired Resolution which would OPEN BORDERS while increasing Crime, Drugs, and Trafficking in our Country. I thank all of the Strong Republicans who voted to support Border Security and our desperately needed WALL!

Before that he had just tweeted one word:

Even with 12 Republicans, the Senate still lacks the ability to override Trump’s veto. Good.

But I suspect even if they had the votes, McConnell wouldn’t allow it to come before the Senate. After all, he voted against the resolution today as he said he would.

Here’s all the Senate votes from the official roll call page: 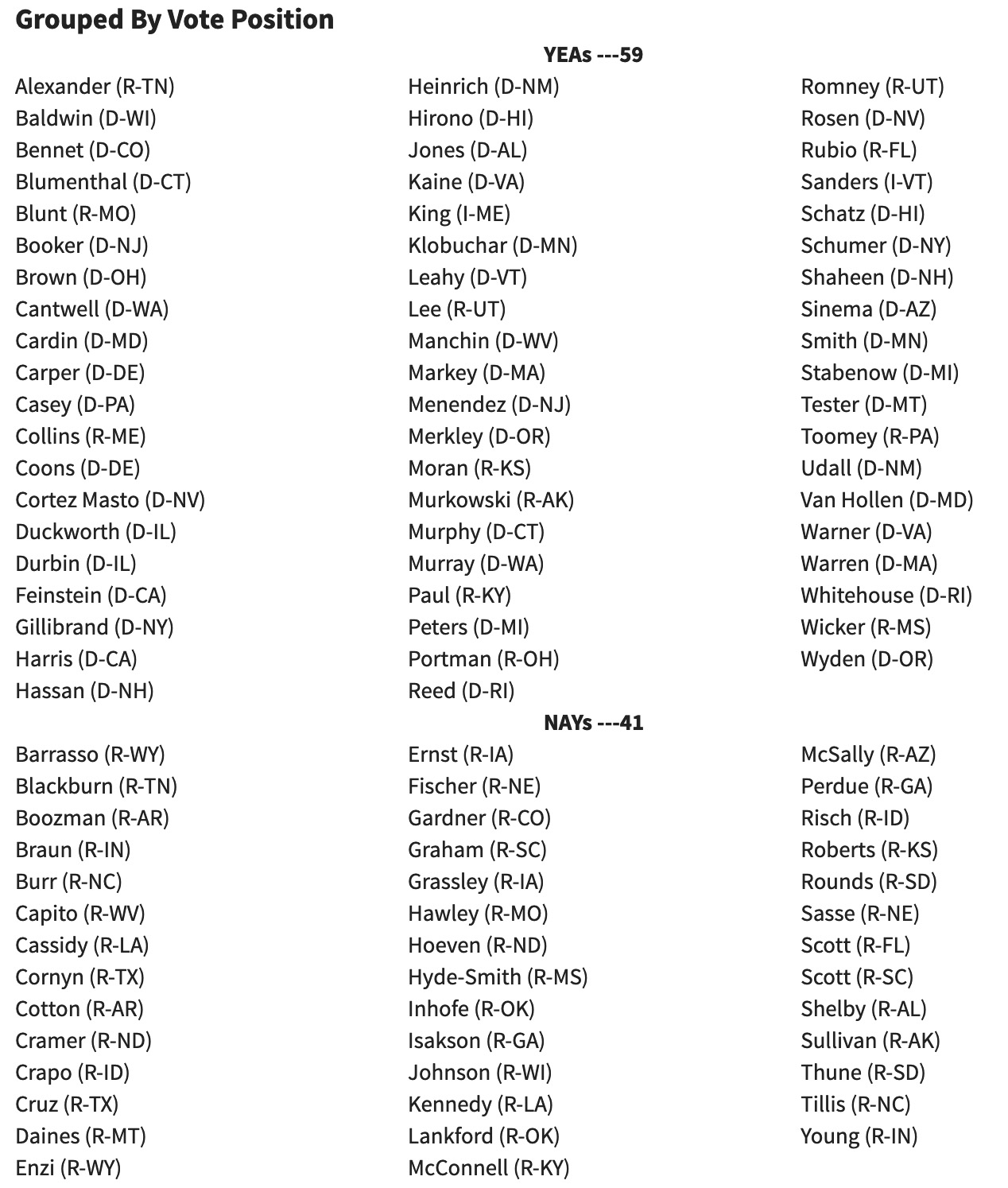