A picture is worth a thousand words and a video is worth a thousand pictures. But some of the most powerful imagery from the battles between Israel and the terrorists of Hamas in Gaza this week are the still frames, not the clips, and in some cases the accompanying text.

Take this tweet from Townhall’s Guy Benson, for example.

Here we have rockets being fired indiscriminately (right) by Hamas terrorists fervently praying they will kill as many innocent Jews as possible. And we have the Jewish state’s defenses (left) roaring into action to prevent mass murder. Don’t disgrace yourself by denying it. pic.twitter.com/VjksDFyabk

A STUNNING and beautiful image, but its power is in what it demonstrates, so ably put into words by Benson. 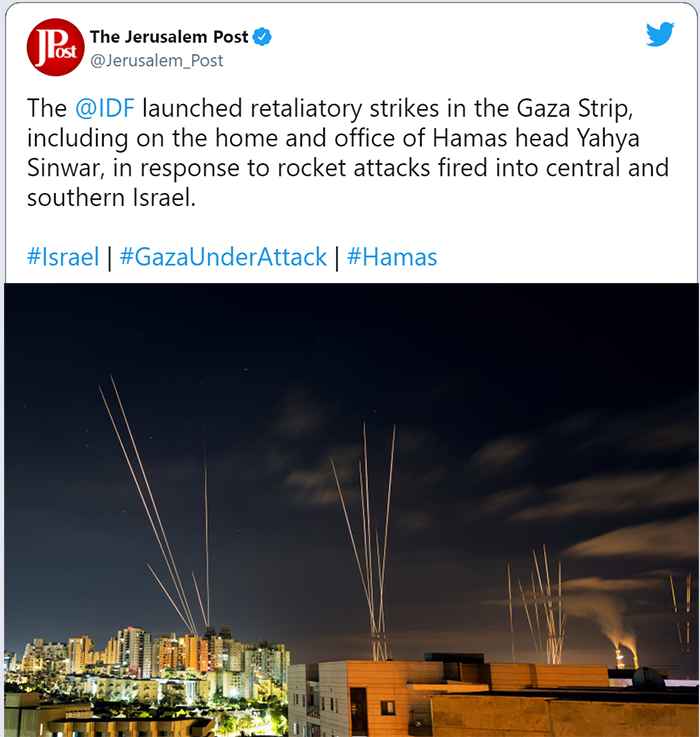 Another stunning image, but that it represents such awesome power is … awesome. The precision strikes are amazing. 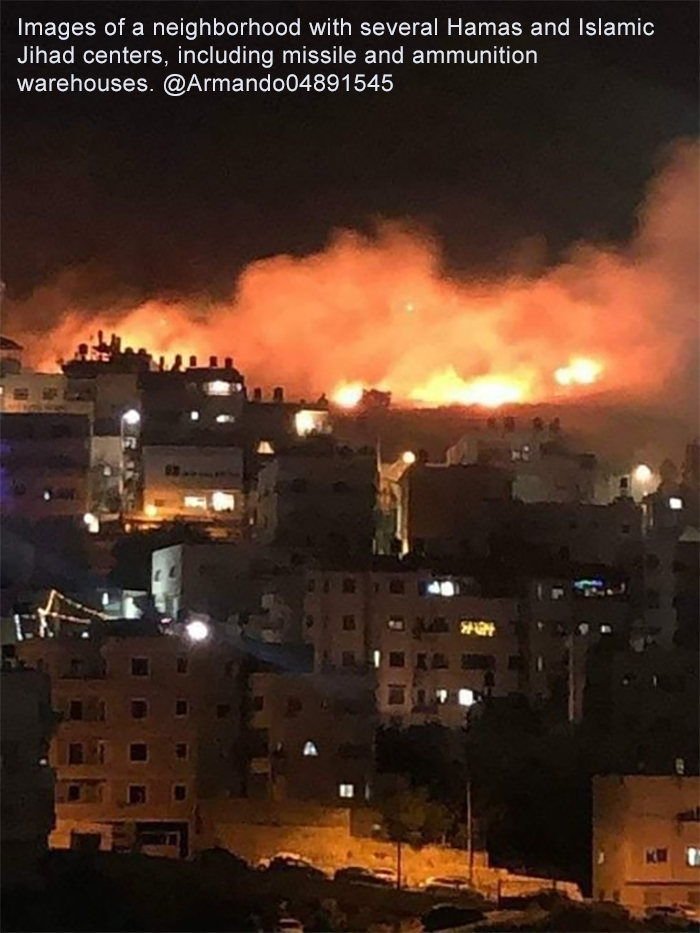 Take a look at our Iron Dome in action.

But sometimes the most powerful images aren’t photos, they’re from the minds of … well I’ll just say it: a genius.

Sometimes, the most powerful image is the one that represents something, rather than the photo OF something.