Kavanaugh’s recent appointment to the Supreme Court has driven liberal states into crazytown, proposing and passing new radical abortion bills in order to try and protect the manufactured right to murder unborn babies.

But the state of Vermont is taking it to a whole new level, declaring in their latest abortion legislation that the fetus has zero rights under the law and viability doesn’t matter.

CBN NEWS – In the push by Democratic-controlled legislatures for completely unrestricted abortion, the state of Vermont is considering the most radical abortion law in the world.

H-0057, with 91 co-sponsors, would create an absolute right to an abortion with no limitations — a move that would allow abortion of viable babies.

The Vermont bill even stipulates that “a fertilized egg, embryo, or fetus shall not have independent rights under Vermont law,” which one expert warned would open to the door to gruesome fetal experimentation.

This is what National Review’s Wesley J. Smith says about the bill:

Unlike New York’s new law and the Virginia legislation, there is nothing at all in the bill about distinguishing non-viability of the fetus from viability.

There is no pretense of limiting late-term abortion to circumstances in which the life or health of the mother might be impacted.

There is nothing mentioned about what to do with a born baby that survives abortion.

It establishes a “fundamental right to abortion,” meaning an absolute right that cannot be infringed or restrained in any way.

The bill has 91 co-sponsors. It could very well pass. If it does, I do believe it will become the most radical abortion legalization statute in the world.

Vermont Gov. Phil Scott says women should have the choice whether or not to have an abortion and is backing a bill in the House that would codify the right under state law.

Sponsors and supporters say the proposed legislation is in response to fears that a conservative majority on the US Supreme Court could rollback protections in place since the 1973 Roe v. Wade decision.

Some lawmakers are concerned about the lack of restrictions in the bill, but the governor says he wants to see it go through the legislative process.

“I am supportive of a woman’s right to choose, and I’m supportive of Roe v. Wade,” Scott said. “This (bill) is in response to federal action, or the federal fear of action, to roll back Roe v. Wade, and I think that should be protected.”

I don’t see how this won’t pass unless there is a massive public outcry. The governor obviously supports it and Democrats control both legislative chambers in Vermont by large majorities. 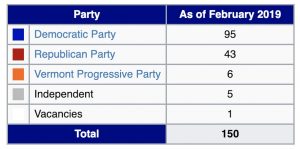 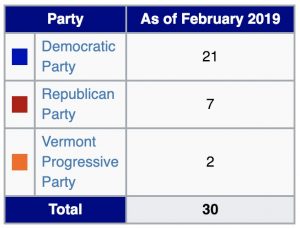 The governor admits what I said in my opening sentence, that this radical abortion mayhem is in response to the “fear of federal action”, meaning the Supreme Court overturning Roe vs Wade.

I just don’t know what to say anymore in the face of such evil. I can only hope the Vermont public realizes just how horrendous this legislation is and cries out to their legislature and stops them from doing this.

And I pray that our Holy God would intervene in a mighty way to protect the lives of so many innocents that will be tortured and murdered if this legislation passes.