Cops arrested a bunch of Antifa idiots who were attacking “Blue Lives Matter” demonstrators in Philadelphia because they can’t imagine how anyone could support the police.

What is fascinating is that they bitch and whine at the cops for arresting at them after they attack people for simply being pro-cop:

People arrested at the Antifa counter-protest to #BlueLivesMatter march which is on its way to Logan Square @WHYYNews @TayImanAllen has more pic.twitter.com/1aPNPeuT1j

Philadelphia police made several arrests as police clashed with Antifa protesters at a “Blue Lives Matter” rally against violence towards law enforcement on Saturday.

Demonstrators marching against police brutality and racism yelled “who do you serve?” and other messages at officers making the arrests, which according to some tweets began as Antifa activists were blocking traffic.

Hundreds of police and supporters in the city were downtown for a “Blue Lives Matter” march Saturday, a response to recent shootings and other violence against police officers. The protest name is derived from “Black Lives Matter,” a national activist movement against racism and police brutality.

Here’s a video as people began skirmishing at the rally:

I just don’t understand why Antifa has to go attack people who simply want to support the police. It shows that they cannot allow alternate opinions to even exist. And what is that called, class? Fascism!

By the way, that’s fascism no matter what side it comes from.

But, in this case, it’s the fascist anti-fascist fascists of AntiFa.

The #BlueLivesMatter March is underway. About 20 people are marching down Arch Street toward Logan Square in support of police. @WHYYNews @BasSlabbers pic.twitter.com/ZdL6p5hLew

Check out this AntiFa idiot whitesplaining to the black officers that they’re not really fascist lol: 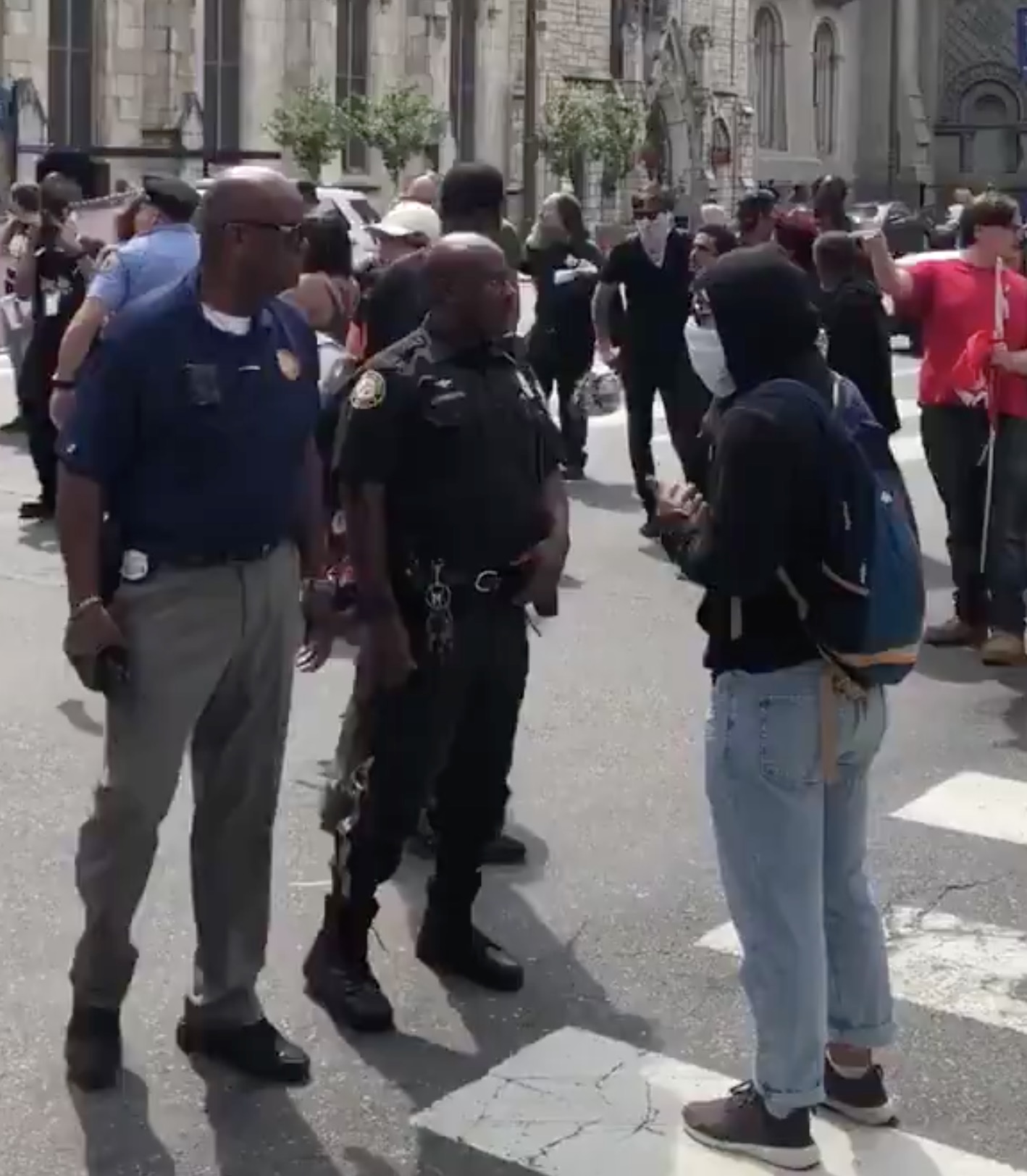 Yeah these are clearly intelligent people: 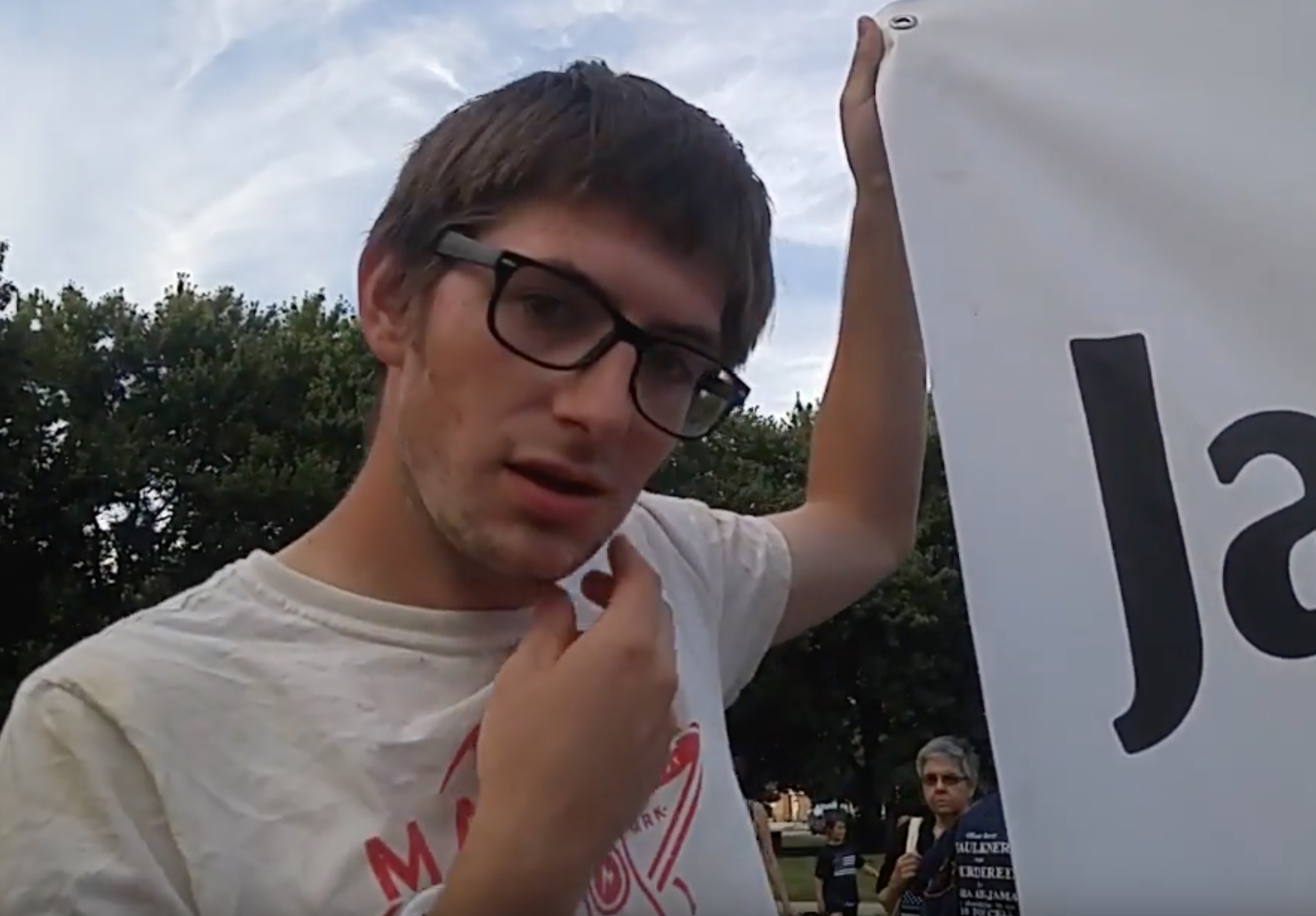