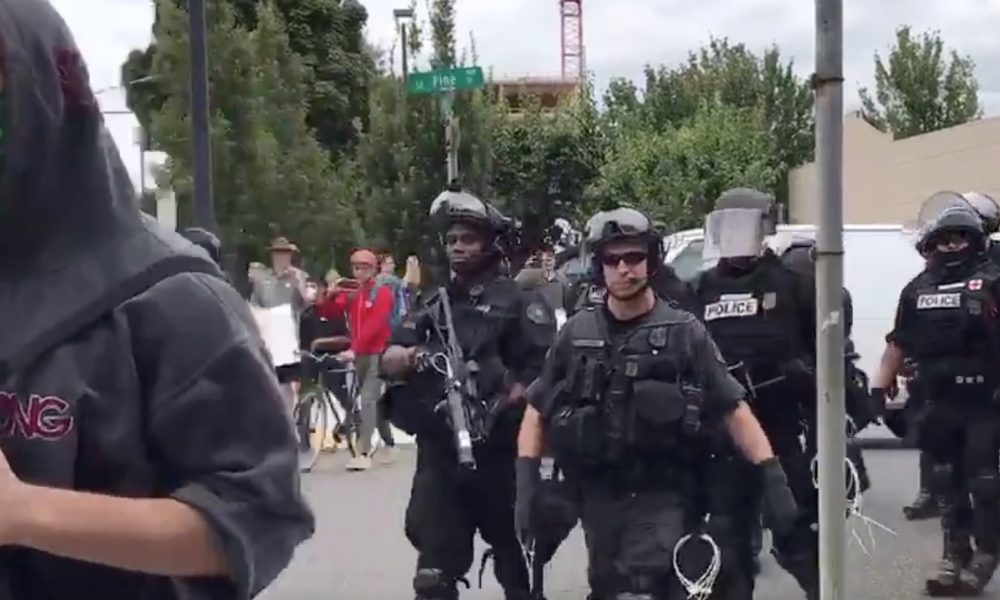 There are more insidious videos coming out of the Portland scumbag Antifa demonstration. In this one, some dumbass tells police that the only way out is to commit suicide.

This is how Antifa treat police:

"You know you’re a parasite so shoot yourselves, suicide is the only way out"

I bet any one of those cops could obliterate that doughy idiot one on one, but ironically, he is protected by their dedication to the principle of restrained police action.

In this one another scumbag calls a black cop a “coon.”

Here we see an Antifa goon calling a black officer a coon. This is Antifa. They’re racist & fascist. I feel sorry for the Portland Police. Mayor Ted approves & encourages this abusive environment. Media must ask Democrats if they denounce or endorse Antifa!pic.twitter.com/gE5WPl6QQy

Incredible. Do these idiots really think this behavior is going to help their cause? Regular normal Americans who hold down a job and are just trying to get ahead don’t support this kind of extremism, even if they may not completely agree with the policies of the Trump administration. And all this does is push them to abstain from voting or even join the other side. Thanks Antifa!!!