First, she said they cancelled an event with little notice:

JUST IN: Literally 27 minutes before it was set to begin, @SenGillibrand’s campaign sends out notice her event here at @SCSTATE1896 has been canceled. pic.twitter.com/tzn55H4Wic

Which is not that big a deal, right, it happens. But then she continues: 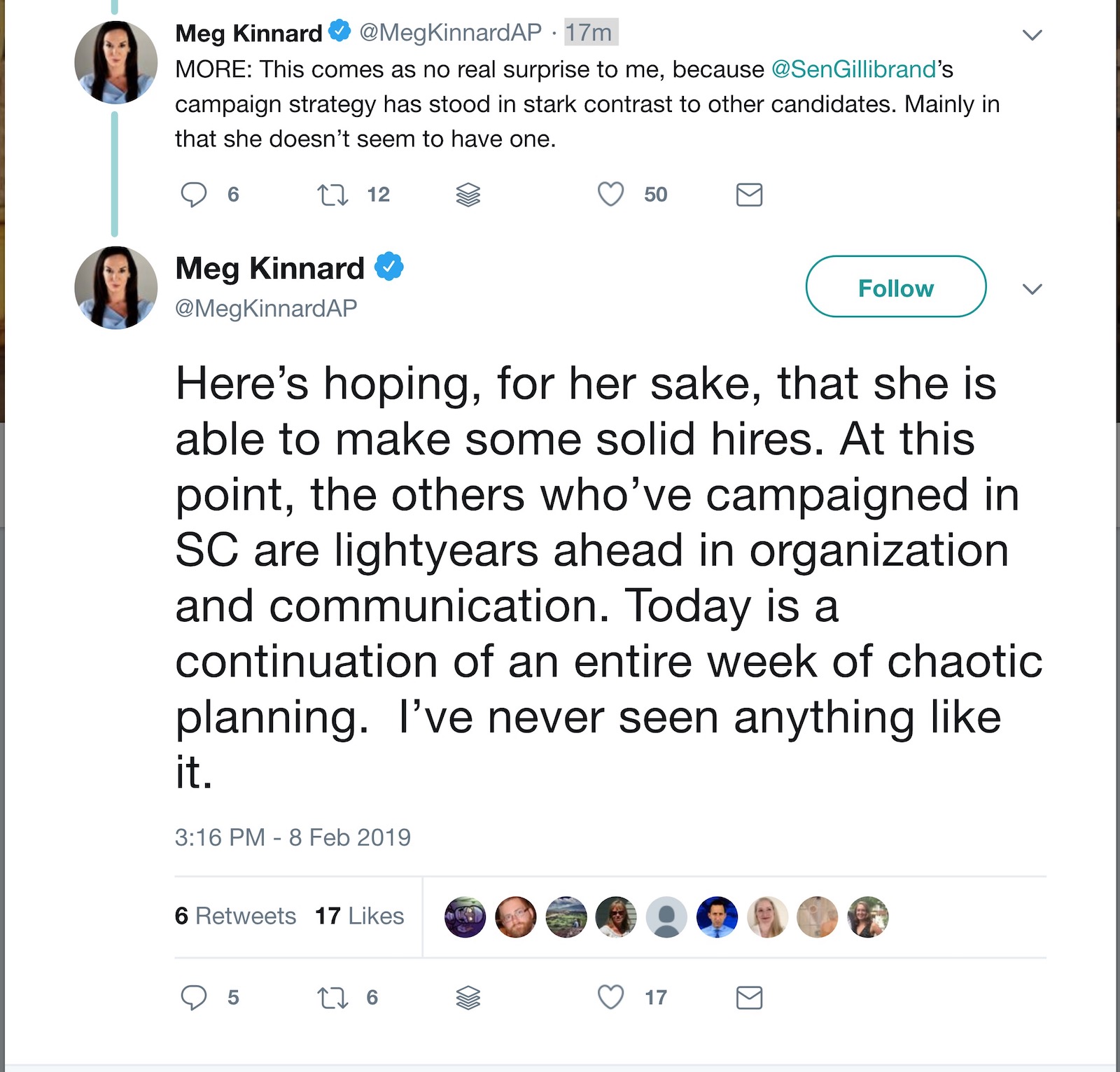 Kinnard has since deleted the tweets and not explained why, but lucky for YOU, we have expert screengrabbers.

But it gets better.

Gillibrand’s communications director chimes in to try to undo some of the damage:

Hi Meg - Her flight was delayed. How is that the campaign's fault? I'm sorry you felt things were chaotic this week, but the reality is that we just didn't have your email address. Pretty simple!

And Kinnard slaps her down AGAIN:

This response only further proves my point. YOU emailed me yesterday morning. And then when I asked for details, I got no response. Same as when I emailed you and Alexandria on Wednesday. Crickets. Pretty simple? Apparently not.

Poor Meredith doesn’t even answer – she just invites her to another event:

We hope you can join us for a new public event later today, which we will email you about shortly.

The campaign sent an email to the press at 3:01 informing us that the 3:30 event was canceled due to flight delay. A CNN reporter and I were the only ones there, however, when the announcement was made. So I turned the lights off in the room, and we left.

Now that is sad.