Chris Rufo exposed yesterday how the department of education in Arizona is now pushing this awful anti-white ‘equity toolkit’ that actually claims racism starts as young as ‘three months old’:

SCOOP: The Arizona Department of Education has created an "equity" toolkit claiming that babies show the first signs of racism at three months old and that white children "remain strongly biased in favor of whiteness" by age five.

Let's review the resources in the toolkit. 🧵 pic.twitter.com/g4Sk6X0VuO 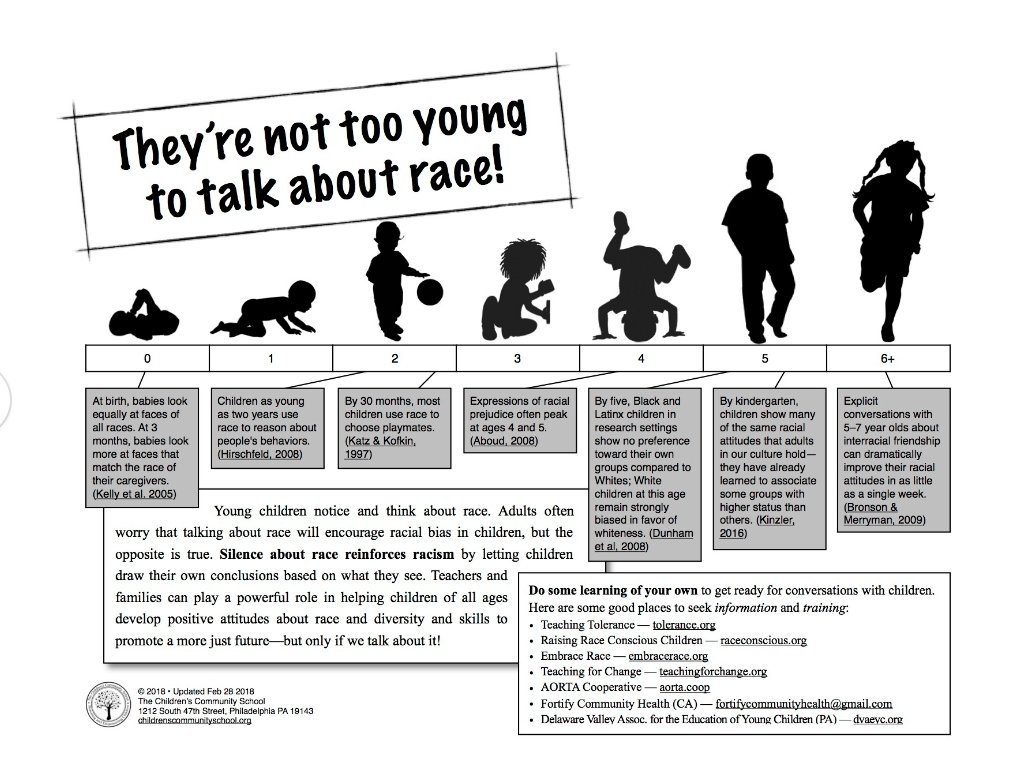 This is nothing more than an extension of the leftist phony ‘white privilege’ agenda that has been thriving on college campuses nationwide. Liberals are trying to indoctrinate parents and students with this new campaign of ‘white guilt’, suggesting racism and ‘white privilege’ start in infants! It’s absurd!

Rufo goes on to explain how Arizona’s education department hopes to remedy this ‘racism’:

The Department of Education recommends a reading that claims babies are not "colorblind" and that parents must instill "antiracist attitudes and actions" beginning at birth, in order for their children to not "absorb bias from the world around them." pic.twitter.com/6WsfMTKJMx 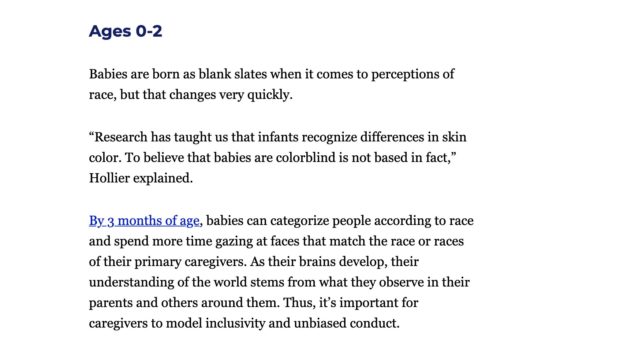 They say children aren’t colorblind, but that’s ludicrous! Children are products of their environment, which means their beliefs about the world and the people in it come from what they are taught and what they experience. If children are taught to hate black people or some other race they will certainly emulate that, at least until they reach an age to reason it out for themselves.

There are places around the world where this kind of doctrination happens! We’ve shown many clips at TRS in the past decade showing Palestinian parents raising their children to hate Jewish people. It’s hardcore anti-Semitic indoctrination from the time these children are babes, and it’s not just in the home. They make children’s programs on TV for this very purpose as well.

Looking at this ridiculous ‘toolkit’, you’d think what’s happening in these Palestinian areas is happening here. Except these socialists are claiming the opposite, that children are essentially born racist and it has to be taught out of them.

Rufo is calling on Governor Doug Ducey to investigate this and root it out:

I call on Governor @dougducey to conduct an investigation into the Department of Education's radical "equity and diversity" program. It's deeply ideological, anti-scientific, and morally bunk. Arizona students deserve better.

P.S. My children are "people of color" and they get along fantastically with children of all racial groups. Perpetuating the idea that "babies are racist" is astonishingly stupid and should be immediately removed from the Arizona Department of Education's equity toolkit.

I’ll post Rufo’s other tweets on this below if you want to dig deeper, but I think you get the point.

Another recommended reading claims that "all white people are white in the context of a society that continues to disadvantage people of color based on race." The document teaches schools how to "change what it means to be white" and inculcate an "antiracist white identity." pic.twitter.com/7Whc717K5q

Finally, the department shares a series of resources for teachers about "systemic racism" and "intersectionality," then explains how to conduct an "equity audit" and implement "racial equity plan" in schools using the principles of "antiracism." pic.twitter.com/9flMU0QWde