The despicable governor of New York, Andrew Cuomo, is now denying that he made nursing homes take back COVID positive patients at the beginning of the pandemic:

Cuomo literally says this in an interview with Finger Lakes Daily News: “So it just never happened in New York, where we needed to say to a nursing home we need you to take this person even though they are covid positive. It never happened.”

He goes on to claim that they had extra beds in emergency hospitals they put up all across the state and says again “it just never happened.”

It’s a complete, bold-faced lie by the New York State governor and here’s the proof that he did exactly what he claimed he didn’t do: 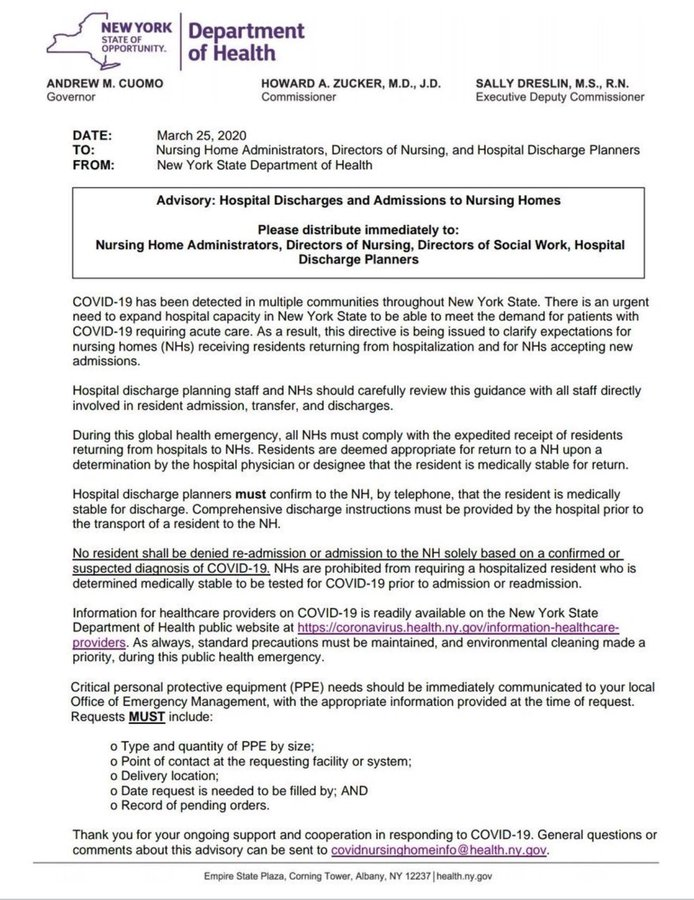 It was his policy! It even has his name on the top of this document from the New York Department of Health.

How he can deny this with a straight face, after thousands of nursing home patients died because of his policy, is unfathomable.

I don’t have audio of this, but Cuomo also reportedly said this in the interview:

"I put my head on the pillow at night saying I saved lives." – Gov Andrew Cuomo.

Imagine being a family member of one of those seniors who passed away because of his reckless policy, and then you hear him deny it like this? It’s appalling.

New Yorkers should line up outside his office and force him to resign for denying the deaths of thousands of people that he caused. And then the DOJ should bury him under the jail for his reckless policy that led to all these deaths.