Legendary comedian and classic Democrat Billy Crystal, who did fundraisers for Wisconsin Democrats just months ago, and campaigned for Barack Obama (both times), is now an enemy of the people, according to lefties.

Yep, the long time supporter of the Democratic party and its policies and goals was talking about how its easy to say the wrong thing and anger the masses in the modern era, which was the wrong thing to say and angered the masses.

Here’s what he said, from the New York Post interview that sparked a “prove him right” trend.

“It’s becoming a minefield and I get it,” the comedian told The Post. “I don’t like it, I understand it … I just keep doing what I’m doing and that’s all you can do right now.

“It’s a totally different world [now] and it doesn’t mean you have to like it,” he added, with a laugh.

Crystal touches on the theme of changing comedic tastes in his latest flick, “Here Today.” The movie, the first he’s directed in two decades, follows a veteran comedy scribe, Charlie Burnz (played by Crystal), who is battling dementia. He unexpectedly meets a singer named Emma Payge (Tiffany Haddish) and the two form an unlikely yet touching friendship.

Despite the movie dealing with such a serious subject, Crystal stresses that aging and Alzheimer’s is not the main theme. Instead, he wants people to focus on the sweet relationship between his character and Haddish’s, which he thinks is sorely needed today.

“That’s something that we really need more of, the country, and that is empathy and that’s what I think is the beautiful part of this friendship,” he said. “She gives up a chance for her career to move forward to take care of him. And I think that’s a beautiful thing.”

THAT’S IT. THAT’S THE WHOLE THING. 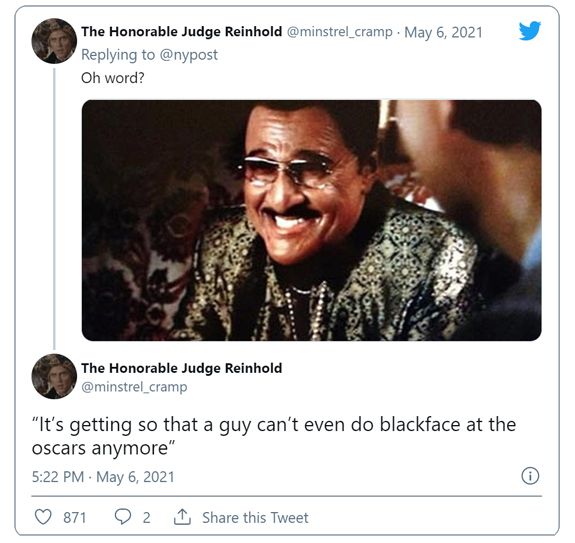 That was about 20 minutes after they posted the story. Guarantee you this little crap weasel had to look up Billy Crystal, and went to find something to bash him about it. They go to dig dirt whenever someone says something they don’t like. It’s what they do.

Look at these, via The Blaze. 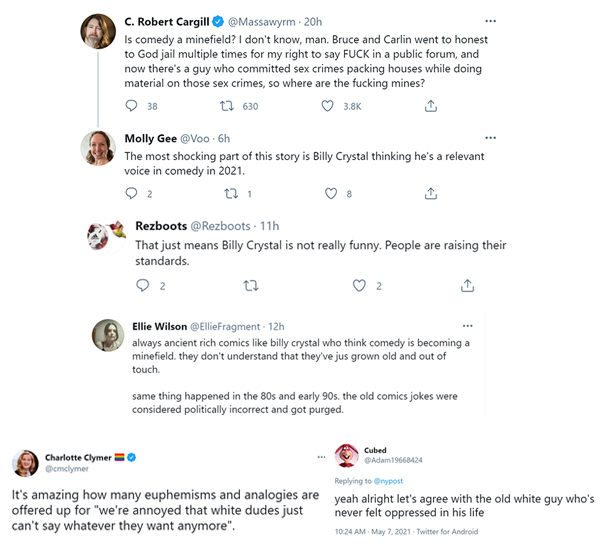 Just think how much less of this crap there would be if Parler fixed their site and made parleys embeddable, said Fred the Broken Record.