Glenn Youngkin has taken a big lead over Terry McAuliffe in the latest Fox News poll of likely voters, which is a major improvement over the previous Fox News poll from earlier this month:

FOX NEWS – Republican Glenn Youngkin has moved ahead of Democrat Terry McAuliffe in the Virginia governor’s race, less than a week before the election.

That’s a big shift from two weeks ago, when McAuliffe was ahead by five, 51-46 percent. 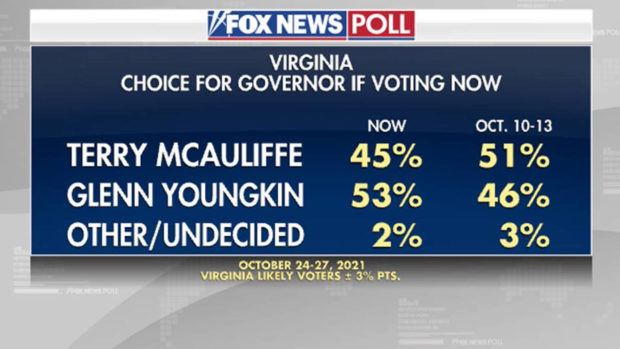 Of course Youngkin’s lead lessens quite a bit with registered voters, but he still leads by one point, and that means something considering how underwater he was a few weeks ago: 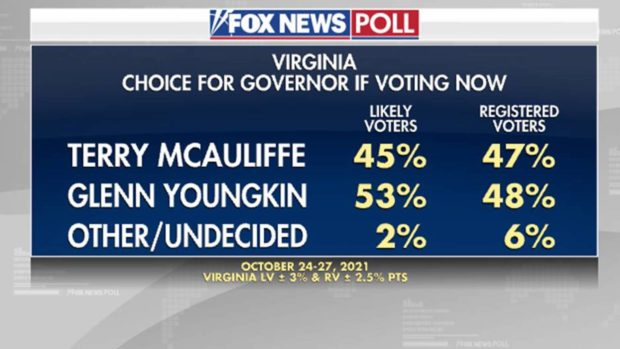 For the first time, Youngkin has taken the lead in RCP’s average of polls, which is great news: