Governor Ron DeSantis slammed the NCAA today for allowing Lia Thomas to participate in the women’s swimming events last weekend and went on to sign a proclamation recognizing Emma Weyant as the winner of the event.

First, here’s the video of him announcing this earlier today:

DeSantis said the @NCAA is "perpetuating fraud" & "trying to undermine the integrity of the competition" pic.twitter.com/wt6I058ILp

I absolutely love this. DeSantis is using his authority as governor to call out this fraud perpetrated by the NCAA and to officially recognize the woman from his state who set the record for the fastest women in the 500-yard freestyle event as the true winner of the race.

Here’s the proclamation he signed today:

By allowing men to compete in women's sports, the NCAA is destroying opportunities for women, making a mockery of its championships, and perpetuating a fraud.

In Florida, we reject these lies and recognize Sarasota's Emma Weyant as the best women's swimmer in the 500y freestyle. pic.twitter.com/tBmFxFE3q6

And the larger version for you to read: 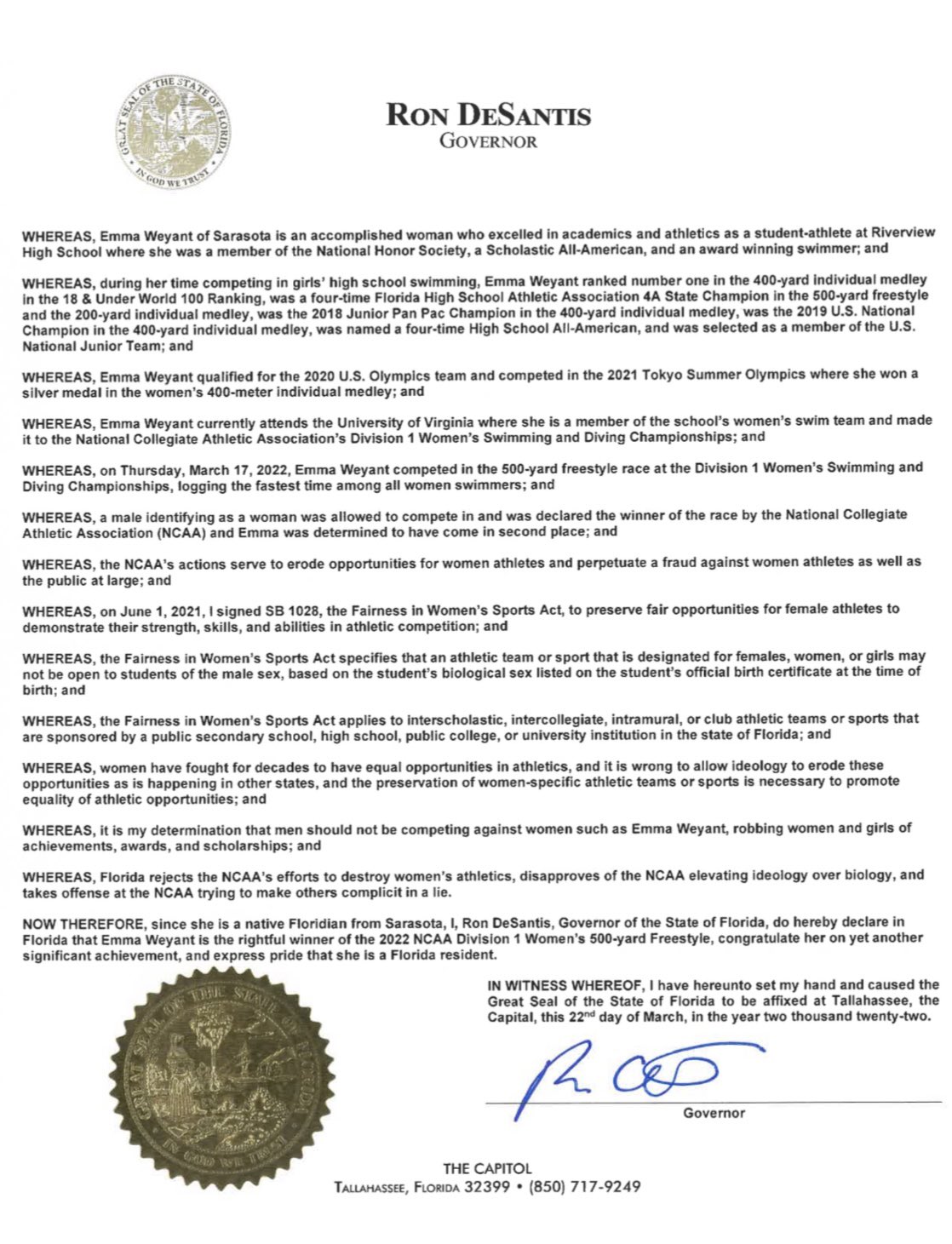 In the document DeSantis rips the NCAA, saying they declared the winner of the 500 yard freestyle event to be “a man identifying as a woman” and that “the NCAA’s actions serve to erode opportunities for women athletes and perpetuate a fraud against women athletes as well as the public at large.”