And there it is. Just as he said, his tariff threats were so great that they forced Mexico to the negotiation table over illegal immigrants at the border.

I am pleased to inform you that The United States of America has reached a signed agreement with Mexico. The Tariffs scheduled to be implemented by the U.S. on Monday, against Mexico, are hereby indefinitely suspended. Mexico, in turn, has agreed to take strong measures to....

….stem the tide of Migration through Mexico, and to our Southern Border. This is being done to greatly reduce, or eliminate, Illegal Immigration coming from Mexico and into the United States. Details of the agreement will be released shortly by the State Department. Thank you!

The devil of course, is in the details. I’d really like to see what he got as concessions from Mexico – and did he push them to pay for the wall or what??!?!

So here are the details, you tell me what the devils are: 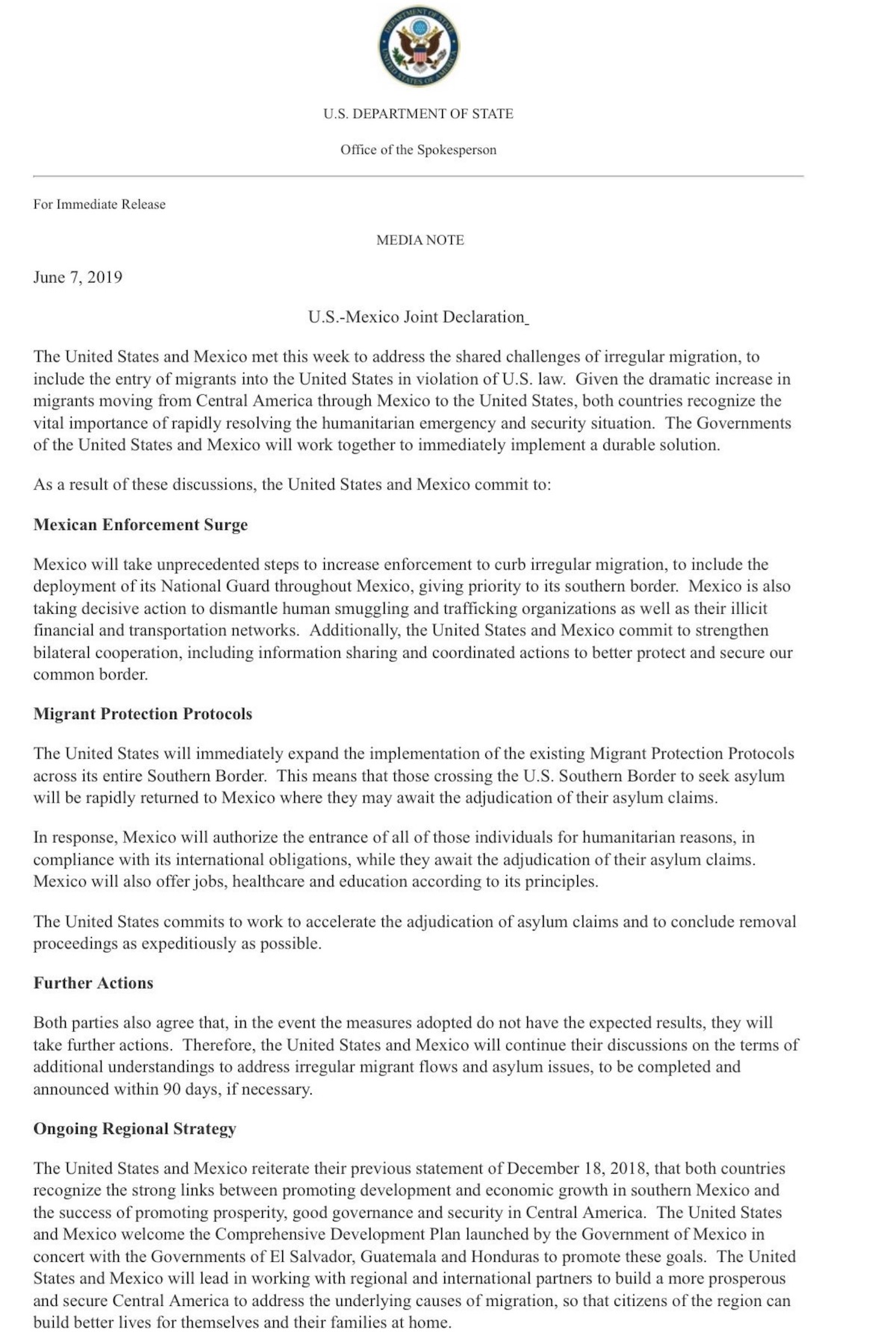 This will be a yuge win for Trump – IF it gets the crossings down. But if it does, won’t that take away the argument for constructing the border wall? Hmmm.