A border agent just torched the administration in his resignation letter, lamenting what their job has become this year under the Biden administration:

DC EXAMINER – A Border Patrol agent who resigned this week said the mission of the organization has become “unrecognizable” as federal law enforcement have been turned into “handmaids,” according to a leaked copy of a letter sent to the chief.

The agent of more than a decade, Mustafa Joseph, told Border Patrol Chief Raul Ortiz in an email sent on Monday that he could no longer do the job he signed up to do.

“As the Patrol and the US Government at large slip more and more into the unrecognizable, it’s unclear what I took an oath to defend starting from way back in 1996 as a Navy Corpsman. The Supreme Court, the last line of Constitutional clarity, is in disarray as well,” wrote Joseph, an intelligence agent, adding that he submitted his resignation on Sunday.

Joseph did not call out the Biden administration by name but said the “present reality” was changing the nature of the job. Unlawful entries between ports of entry rose during 2020 and hit six digits shortly after Joe Biden took office and hit 200,000 per month over this past summer.

Joseph said he felt that the change in agents’ daily duties was a break from the Border Patrol’s trademarked motto of “Honor first,” a reminder for agents to operate at the highest level of integrity and professionalism.

“It’s impossible to live by a code and just show up to work for a paycheck — simply the wrong line of work for that. This ought not to be a ‘clock in, clock out’ affair. More and more Agents will slowly migrate to that way of life as circumstances shape and perhaps crystalize the present reality?” Joseph wrote.

“The undocumented have gone from a fear of infringing the law to brazenly inquiring about what’s taking so long with their right to unconditional assimilation. Have we become ‘Handmaids’ to their cause? Incomprehensible…. Particularly as the concept of ‘law’ becomes an increasingly nebulous moving target,” Joseph added.

Below is the letter from the agent: 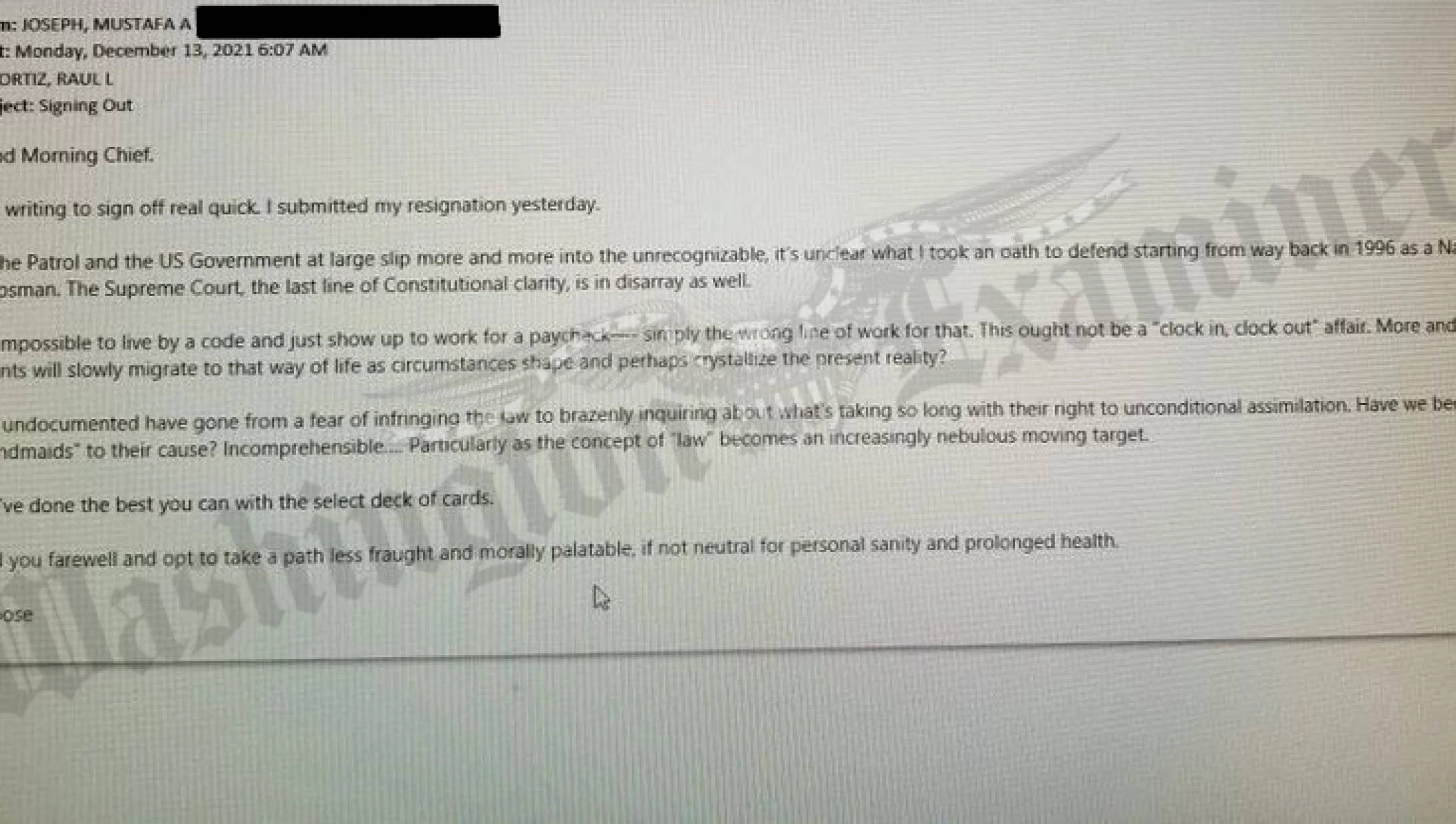