As we reported to you already this week, Nadler is planning to call a vote tomorrow in the House Judiciary Committee to hold AG Barr in contempt for not releasing the full unredacted Mueller report.

But if Nadler goes through with it, Barr will make sure the unredacted Mueller report never sees the light of day by getting Trump to claim executive privilege on it:

NEW: DOJ says that Barr will ask President Trump to invoke executive privilege over the full Mueller report subpoenaed by the House Judiciary Committee if they move to hold him in contempt of Congress tomorrow. pic.twitter.com/gzK1AK7feV

Here’s the key part of Barr’s letter to Nadler:

In the face of the Committee’s threatened contempt vote, the Attorney General will be compelled to request that the president invoke executive privilege with respect to the materials subject to the subpoena. I hereby request that the Committee hold the subpoena in abeyance and delay any vote on whether to recommend a citation of contempt for noncompliance with the subpoena, pending the president’s determination of this question.

Here’s the full letter for you to read: 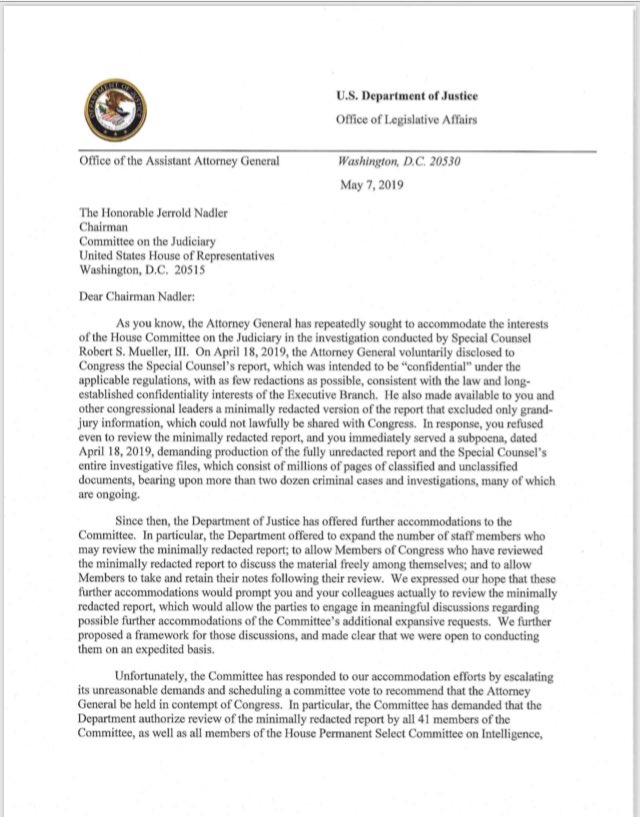 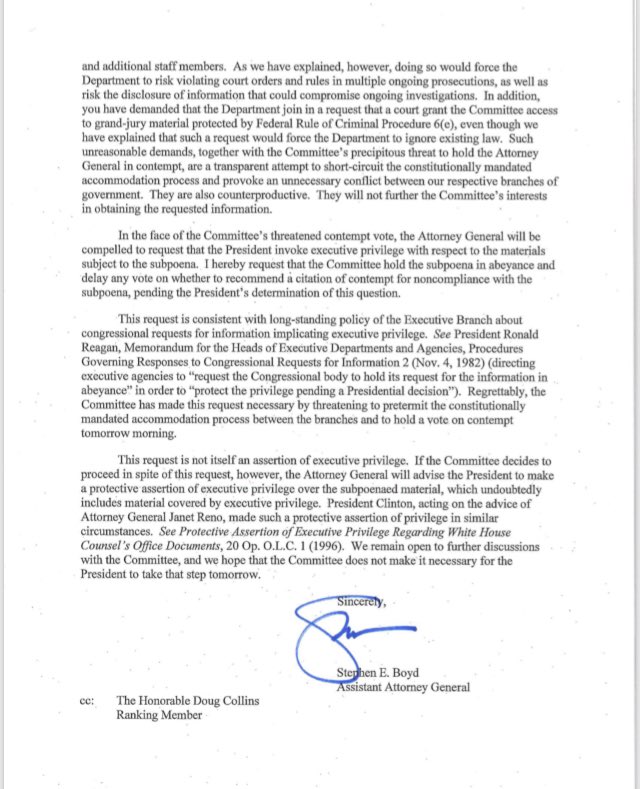