It’s being reported that Chatham County, home of Savannah, Georgia, has closed up shop and stopped counting for the night, leaving thousands of votes uncounted until tomorrow morning:

The board of elections annex building is empty. Workers say they’ll be back at 8 a.m.

Still thousands of votes to be counted here. @WJCLNews

The entire country is waiting on their results and they close the doors and go home before the counting is done???

The big concern among Republicans is that Democrats are trying to pull an overnight heist like they did on election night in November:

They're doing this again. You can't make this up.

Where are the "Republican" leaders?

Just so you know, here’s where their count stands right now: 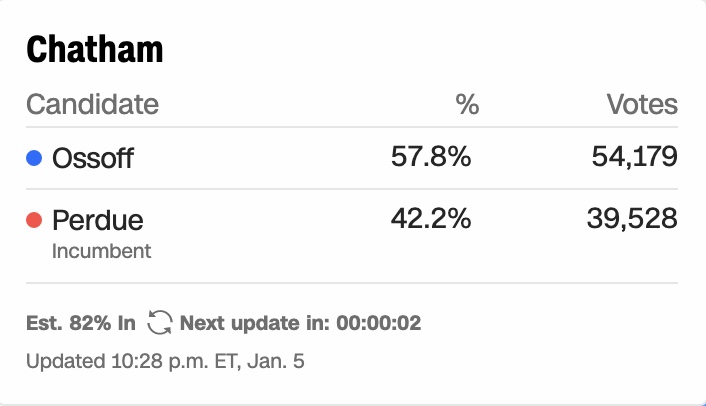 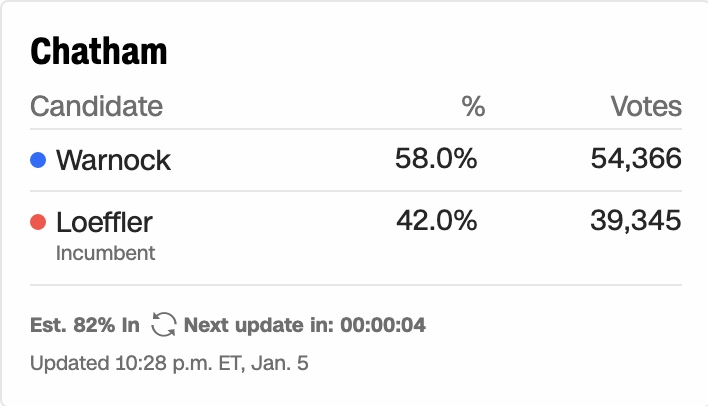