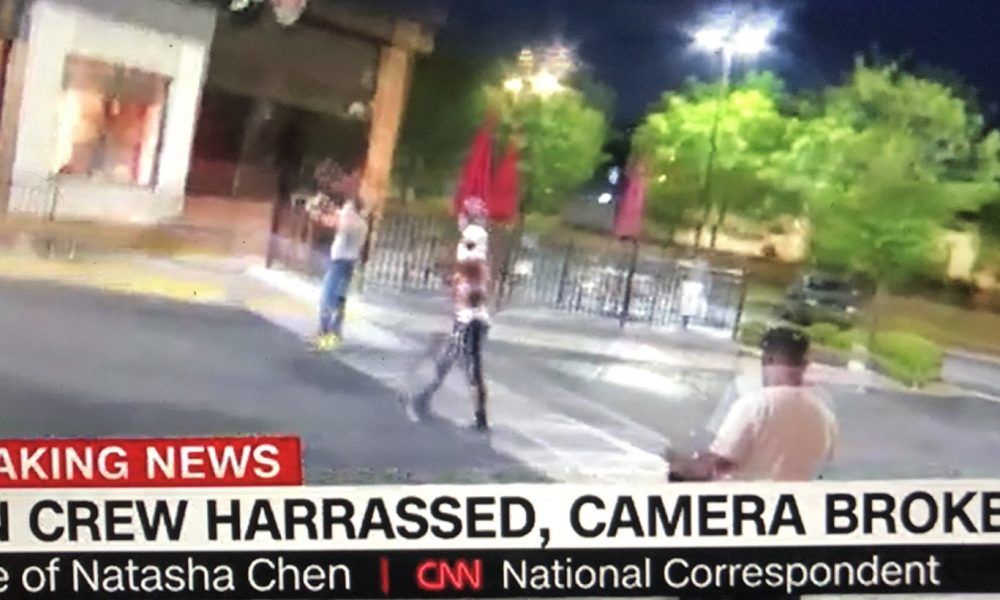 A CNN crew was attacked by peaceful rioters and rioting protesters who are totally peaceful in Atlanta, the peacefullest city in everywhere.

#BREAKING: CNN crew attacked by protesters outside Wendy’s in #Atlanta where a Black man was shot by police. CNN it’s time to send your crews out to record w/ phones becuz a big TV camera attracts those who want to do you harm. #AtlantaPolice #BLM pic.twitter.com/nZMM8J6hBs

Are we sure the CNN crew didn’t attack them first? I’ve heard somewhere that they are the enemy of the people… J/k.

.@CNN crew had camera destroyed by angry protesters as they captured images of them setting fire to the Wendy’s where #RayshardBrooks was shot. pic.twitter.com/oApGxRKleb

It’s getting crazy in Atlanta.

#BREAKING: I-75/85 through #Atlanta shutdown both ways near University Ave. as protestors block the roadway. SWAT & APD officers responding. Some cars going wrong way on exit ramps to get off highway. @cbs46 pic.twitter.com/y21KieTGpd

And I don’t think it’s gonna get any better tonight….