Here we go. Megyn Kelly posted that Republicans in Congress are investigating the coverup of the Jeffrey Epstein pedophile scandal.

MK EXCLUSIVE: House Minority Leader Kevin McCarthy turns up heat on ABC: demands answers about why they spiked the Epstein story. McCarthy to ABC News Pres. James Goldston: “I am deeply concerned that ... ABC News chose to bury the truth.”

MK EXCLUSIVE: House Min. Leader Kevin McCarthy accuses ABC of endangering minors by spiking Epstein story in 2015: “ABC News’ enabling of Mr. Epstein [raises]...the possibility that any number of minors could have been spared from human trafficking over the past three years.”

She also posted the letters that McCarthy sent to ABC News: 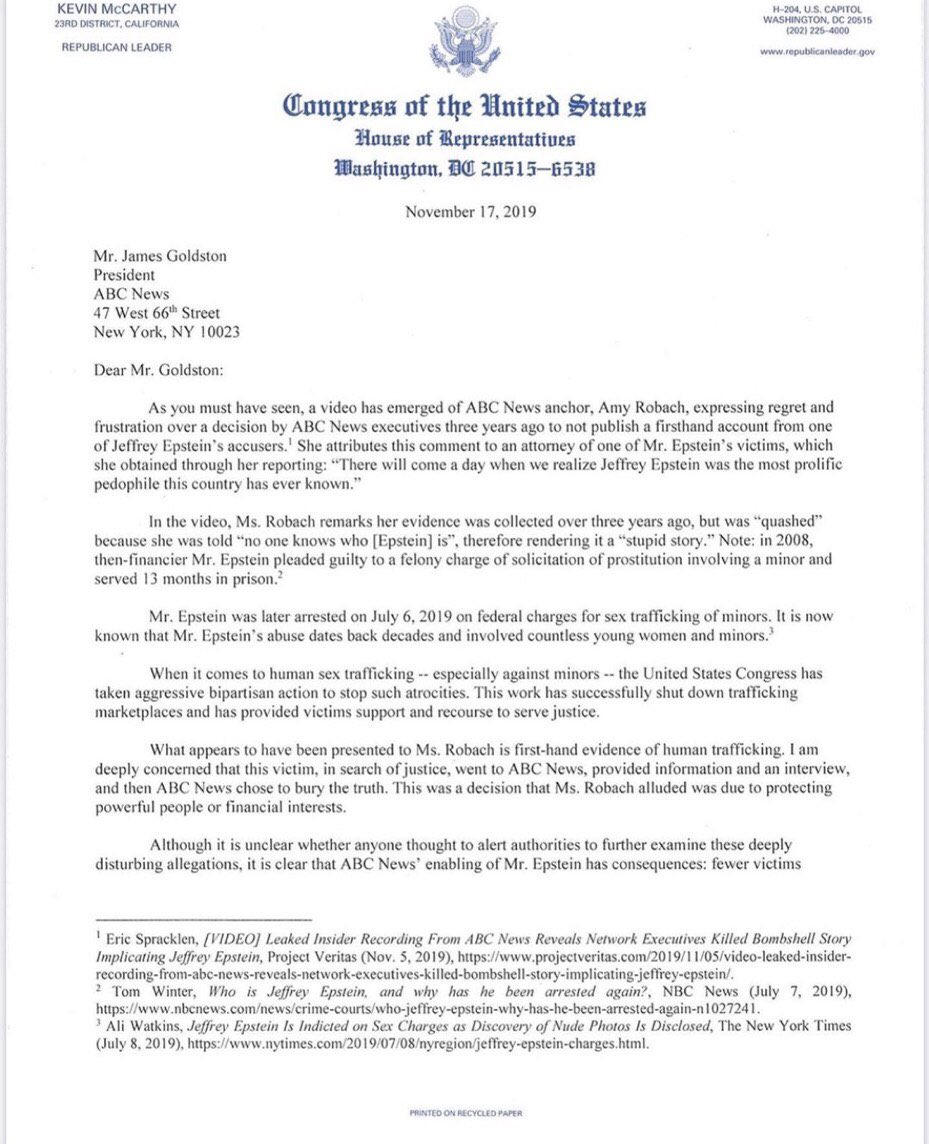 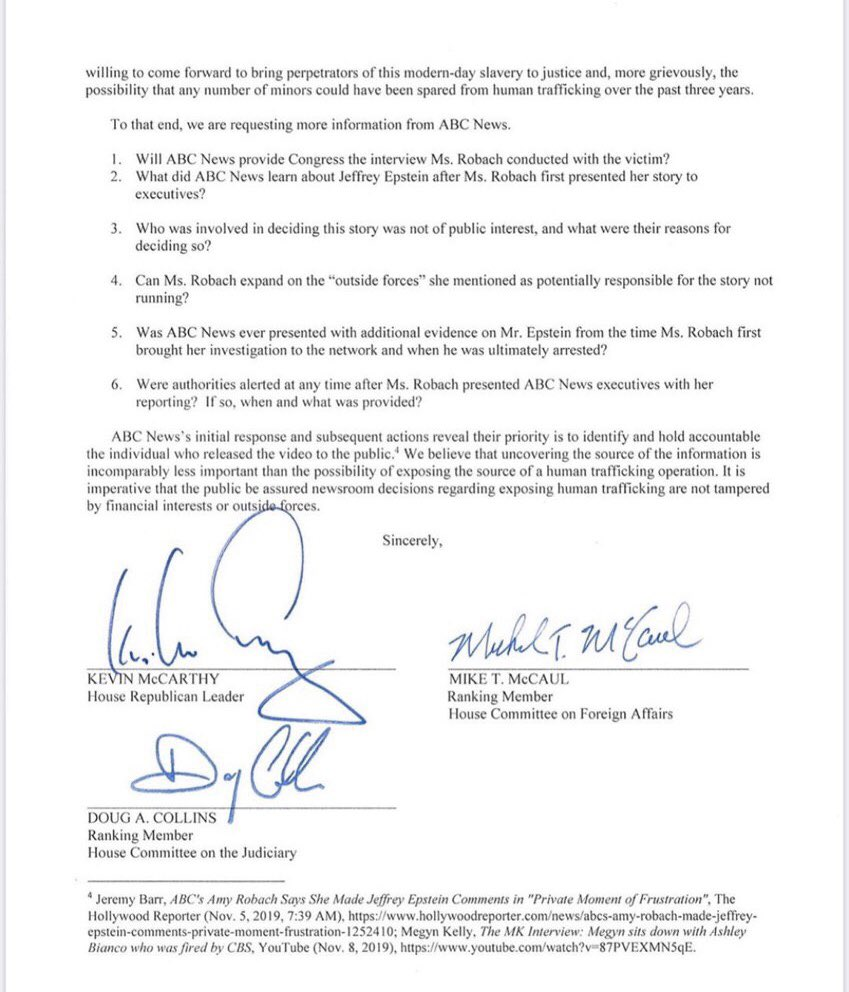 There’s gonna be plenty of liberals who are going to accuse the Republicans of trying to deflect from the impeachment hearings. You would think that they would want to get to the bottom of why the hell it took so long for Epstein to face real justice for his heinous evil crimes.

I think most Americans want to absolutely know what rich and powerful scumbags helped Epstein escape detection for so long. This is just the first step….