The couple we told you about last weekend who painted over a Black Lives Matter street mural in Martinez, California is being charged with a hate crime, according to the DA’s office for Contra Costa County:

BREAKING: The #Martinez couple caught on video painting over the approved #BlackLivesMatter mural on #FourthofJuly are being charged with a hate crime, according to a release from the #ContraCostaCounty District Attorney's office. pic.twitter.com/9L21byNsE1

Here’s the press release so you can read it: 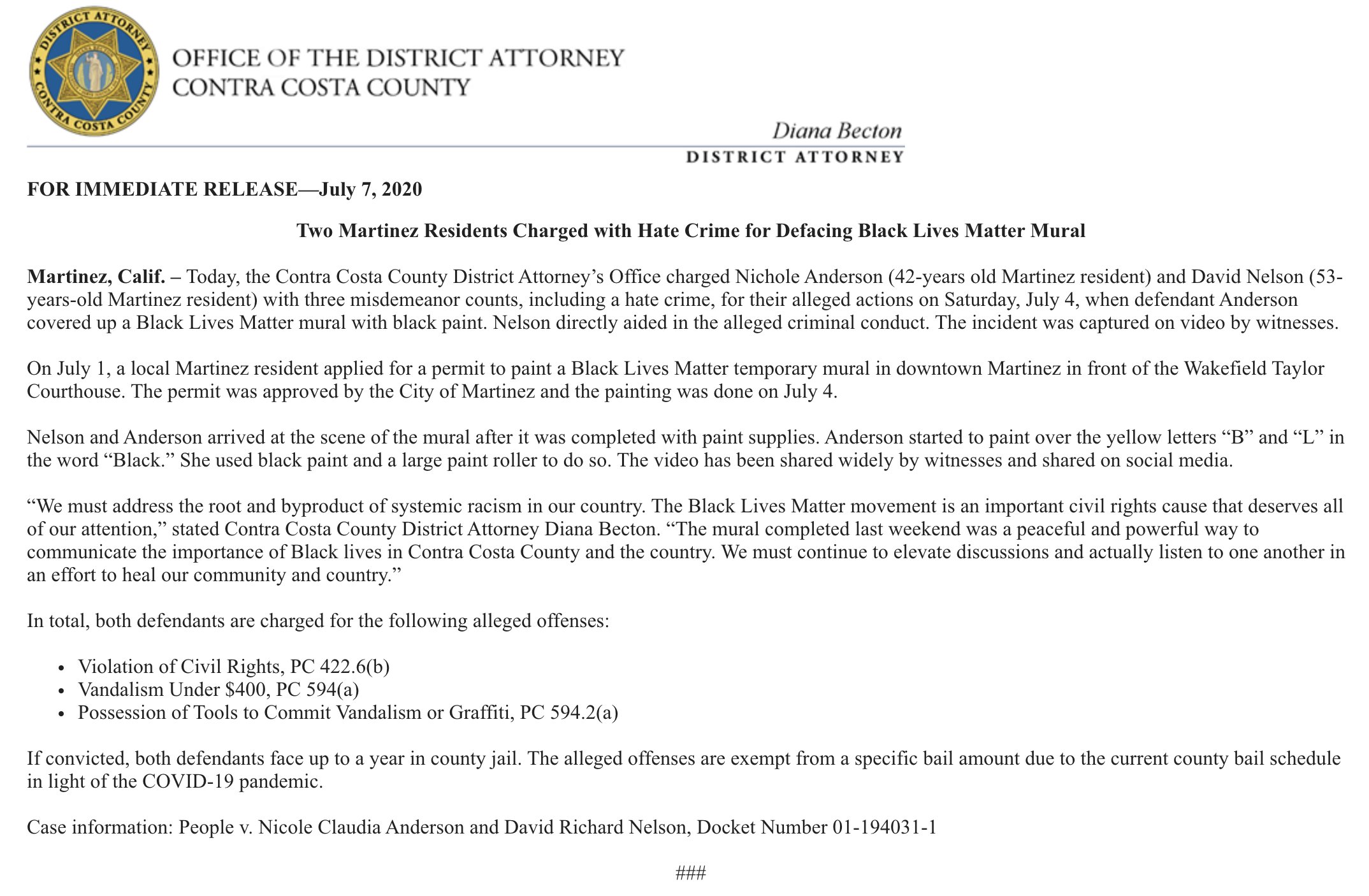 I understand the ‘vandalism’ charge and the other related charge. But a violation of civil rights? That I don’t get.

If they had attacked the person or people who had painted the mural, then yeah, I could see it. But all they did was vandalize the BLM mural.

Also, this is the same DA who refused to charge a man after he “assaulted an officer by tossing back the tear gas canister, resisted an officer, refused to disperse and violated a Walnut Creek curfew put into place to temporarily get people off city streets after 6 p.m.” The officers were trying to disperse a mob in Walnut Creek. DA Becton claimed there wasn’t ‘sufficient evidence’ and refused to press charges. Is it any wonder why after reading this press release above? She’s all in on the BLM movement.