Facebook has announced that they’ve removed Trump campaign ads that they say violate their policy against “organized hate”:

REUTERS – Facebook Inc said on Thursday it took down posts and ads run by the re-election campaign of U.S. President Donald Trump for violating its policy against organized hate.

The ads showed a red inverted triangle with text asking Facebook users to sign a petition against antifa, a loosely organized anti-fascist movement.

In a tweet on Thursday, the Anti-Defamation League’s CEO, Jonathan Greenblatt, said: “The Nazis used red triangles to identify their political victims in concentration camps. Using it to attack political opponents is highly offensive.”

The Facebook ads were run on pages belonging to Trump and Vice President Mike Pence, and also appeared in ads and organic posts on the “Team Trump” page.

“Our policy prohibits using a banned hate group’s symbol to identify political prisoners without the context that condemns or discusses the symbol,” said a Facebook company spokesperson.

“The inverted red triangle is a symbol used by Antifa, so it was included in an ad about Antifa,” Tim Murtaugh, a spokesman for the Trump campaign, said in an email.

“We would note that Facebook still has an inverted red triangle emoji in use, which looks exactly the same, so it’s curious that they would target only this ad. The image is also not included in the Anti-Defamation League’s database of symbols of hate.”

This is the ad in question. Notice how it plainly states that this is about standing against ANTIFA: 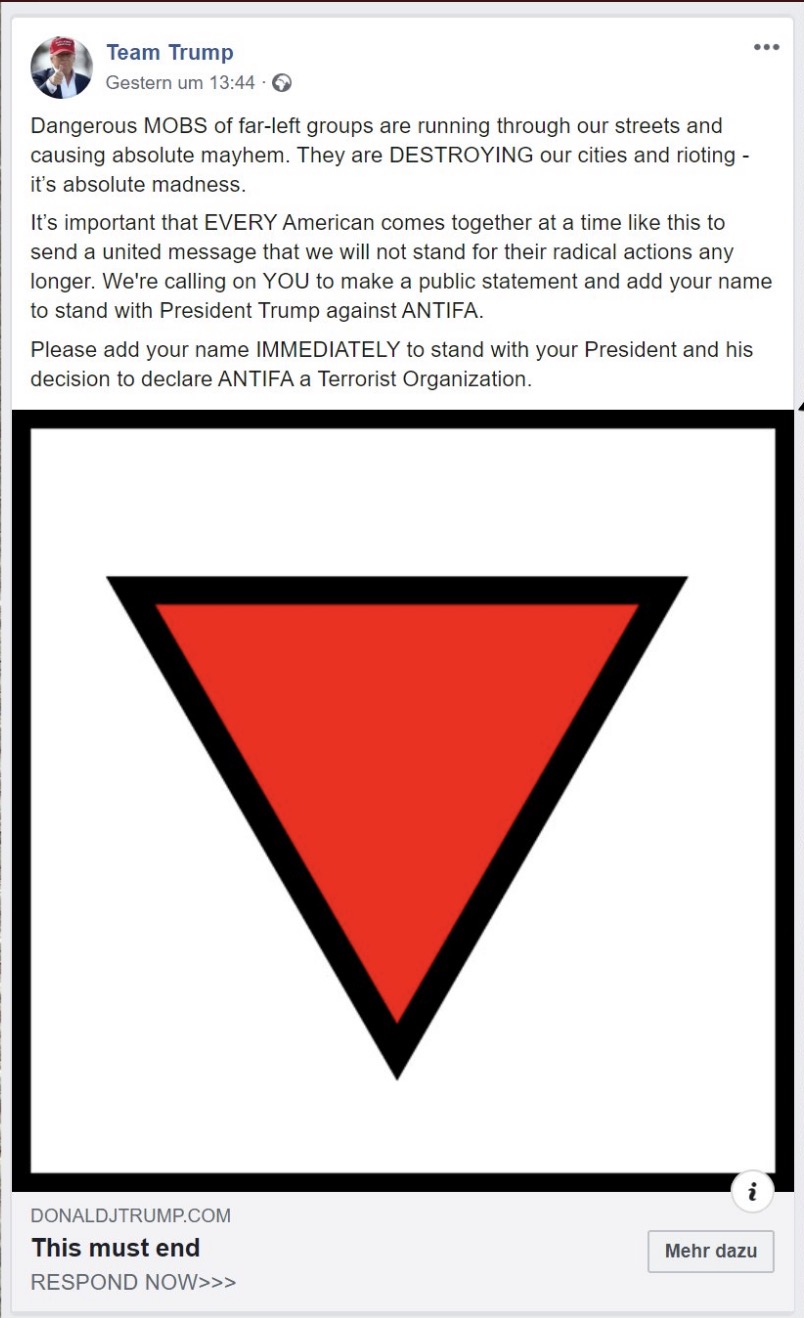 Below is the full statement from the Trump campaign in response to this: 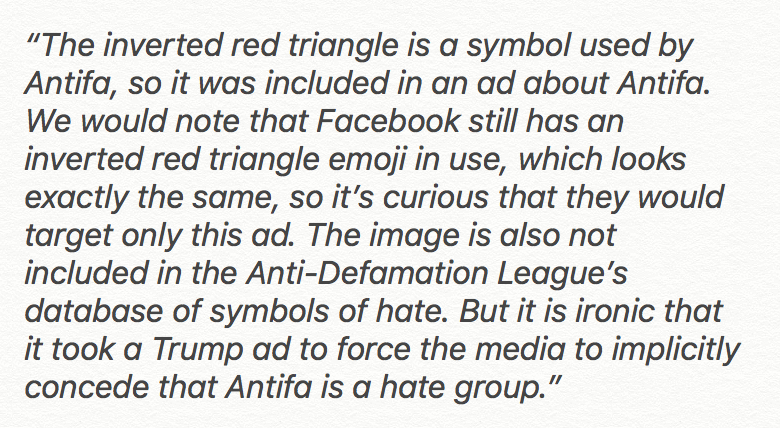 I like how Murtaugh ended it, noting that it took a Trump ad to get everyone to admit that ANTIFA is a hate group. And just to prove his point about the upside down red triangle being used by ANTIFA, since some people claim it isn’t true, below is a screenshot I just took from an ANTIFA Facebook logo: