Georgia Governor Brian Kemp has just authorized 1,000 National Guard troops to be deployed to protect and deal with the lawlessness in the wake of the George Floyd, Ahmaud Arbery and Breonna Taylor killings. Below is the first page or so of his executive order explaining why: 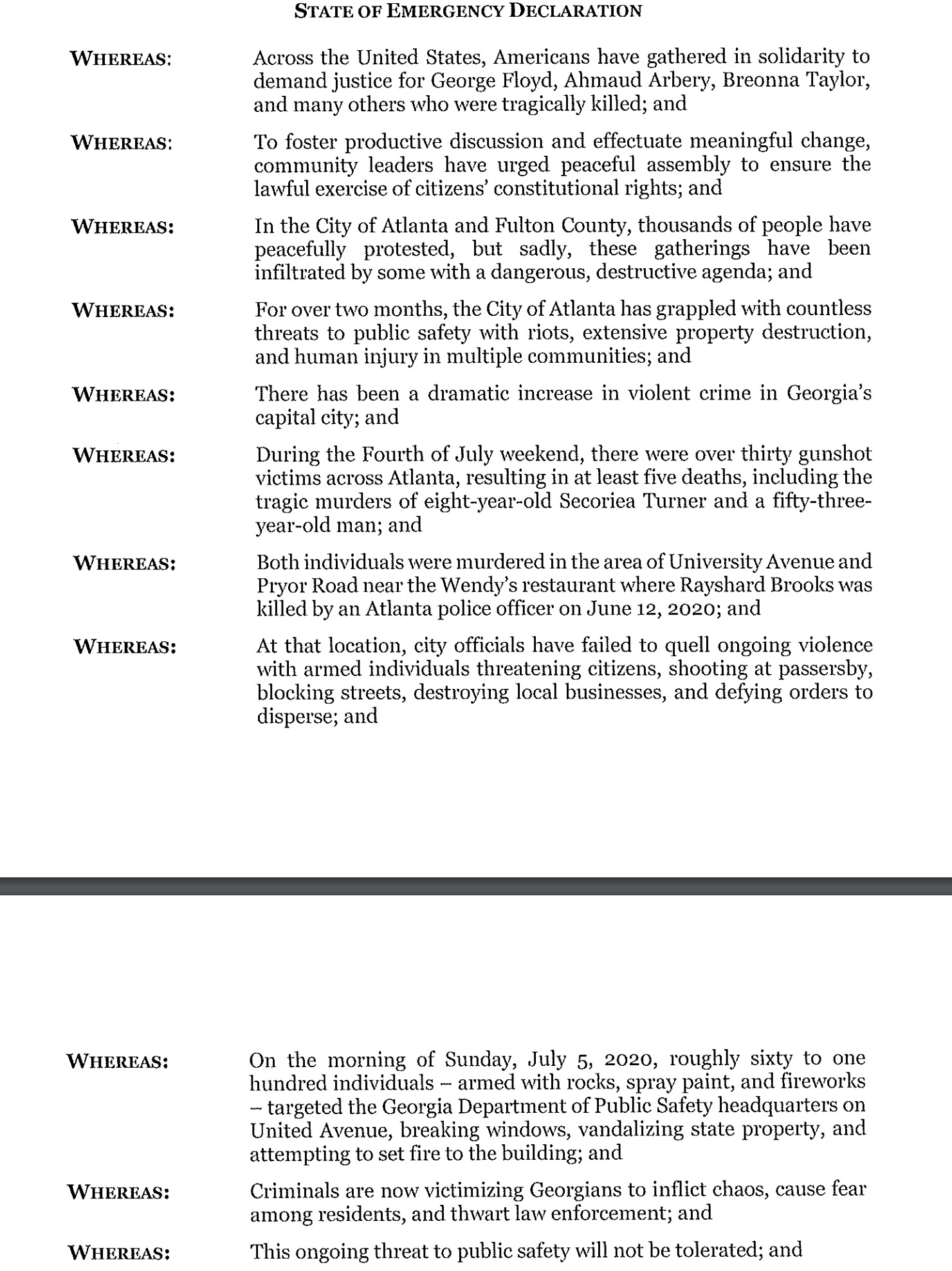 Notice that, aside from the killings, Kemp says that nearly 100 rioters vandalized and tried to burn down the Georgia Department of Public Safety building on Sunday morning.

He also mentioned in his order the deaths of Secoriea Turner and the death of a 53 year old man that happened near the Wendys where Brooks was killed (in self defense) by a cop. I’m glad he didn’t include Brooks in the first line of his order, where he mentioned Floyd, Abery, and Taylor. I expect that was intentional.

In the order Kemp authorizes 1,000 National Guard members to be used in a law enforcement capacity:

I’m glad he’s finally done this and hope that they can quickly bring order back to the state. The Democrat mayor of Atlanta has clearly failed to deal with it (probably all those ‘discussions’ she was having with them)

You can read the full order below: