A new email reveals that a transgender clinic, known as the ‘CHOP Gender Clinic’, has been doing permanent ‘gender’ surgeries on minors without any scientific literature supporting it.

This came about from an email by Joe Biden’s HHS Secretary, who was looking for scientific literature supporting these surgeries on minors.

Nadia Dowshen, who runs this CHOP clinic, responded that she wasn’t aware of any literature known to exist. But she and her clinic have been performing these ‘top’ and ‘bottom’ surgeries on children as young as 15-years-old.

In 2017, @SecretaryLevine asked CHOP Gender Clinic Co-Founder, Nadia Dowshen, for literature to support gender confirmation surgery protocols in minors. This was the response:

“Hi Rachel, I'm not aware of existing literature but it is certainly happening.” pic.twitter.com/gyh0kQgjuG

Below is a larger version of the email: 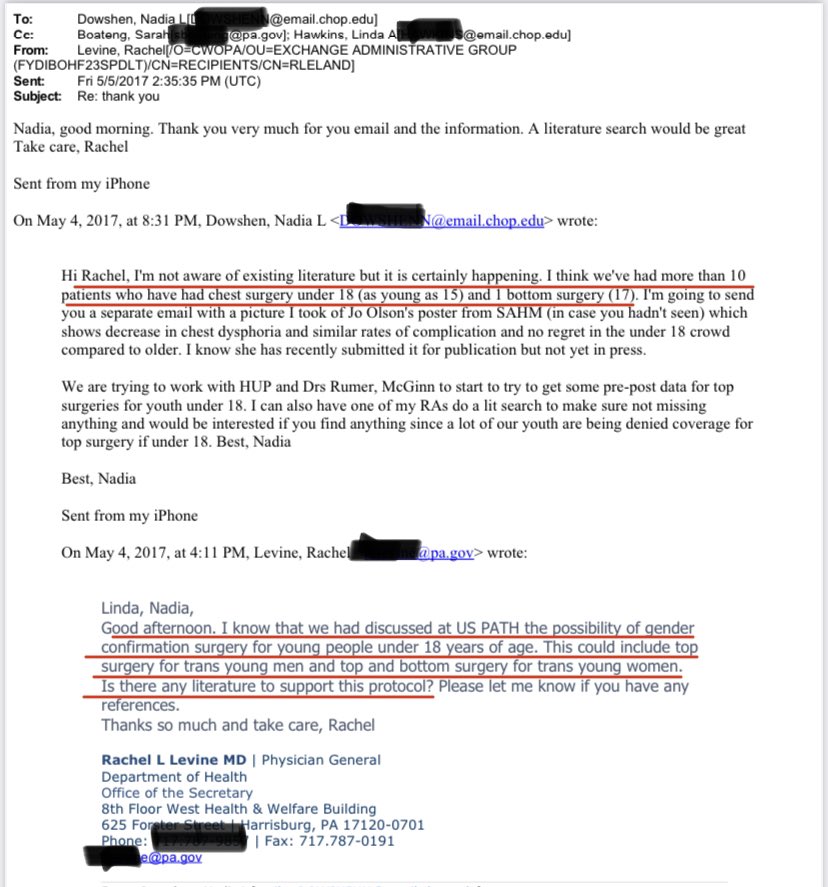 Secretary Levine, a so-called transgender himself, clearly has no issues with this clinic doing these surgeries or else he would have said something.

Instead, he simply thanks Dowshen for the correspondence said a search for literature ‘would be great’.