The hits just keep coming over at CNN. Two weeks after CEO Jeff Zucker was forced out, his lover and CNN Executive VP Allison Gollust has now resigned after an investigation found both of them, as well as Chris Cuomo, violated company policies.

Allison Gollust has resigned from CNN.

WarnerMedia CEO Jason Kilar: "I realize this news is troubling, disappointing, and frankly, painful to read. These are valid feelings many of you have."

Nearly two weeks after CNN president Jeff Zucker was forced out of his position, his former lieutenant Allison Gollust has also resigned from the company. Here's my story for @CNNBusiness https://t.co/jskcveOkrZ

I suspect that Gollust was probably on leave until she finally resigned. Despite this not really being a secret, I suspect it would have been hard for her to show her face in the building amidst the fallout.

Either way, she was the last of the three musketeers to get ousted and CNN is likely better off without them. That said, they have a LONG way to go before they ever can redeem their terrible fake news reputation and gain back people’s trust. If ever.

UPDATE: The intrigue continues. Gollust released a statement tonight saying that Kilar with WarnerMedia was trying to retaliate against her: 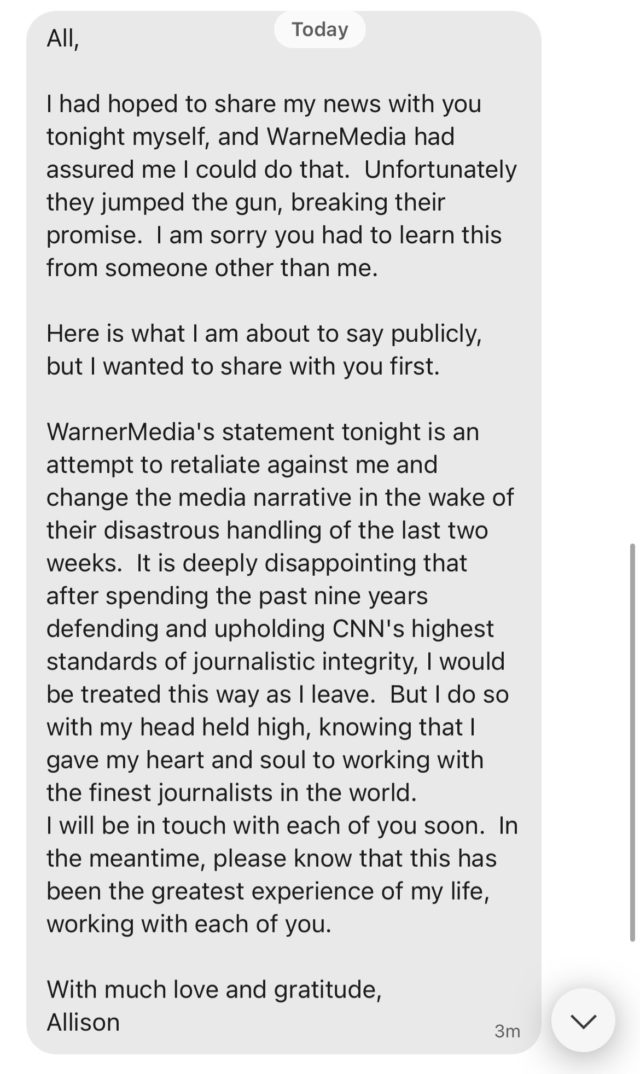 WarnerMedia is not done. The next firings will be the off air staff involved. Stay tuned. https://t.co/IUJj1hJNYy