The federal magistrate judge in Florida weighing whether to order the release of more sealed docs re: search of Trump's Mar-a-Lago home will hold a hearing Thursday now that DOJ has said it opposes disclosing the underlying affidavit.

The hearing is scheduled for Thursday at 1PM:

BREAKING: Court sets in-person hearing on @JudicialWatch and media requests for the release of the affidavit underlying the abusive Biden raid on Trump's home. Set for Thursday, August 18, at 1:00 pm.

Obviously the DOJ wants to keep it sealed as we reported yesterday.

But Trump wants everyone to see it, calling for it to be unsealed late last night: 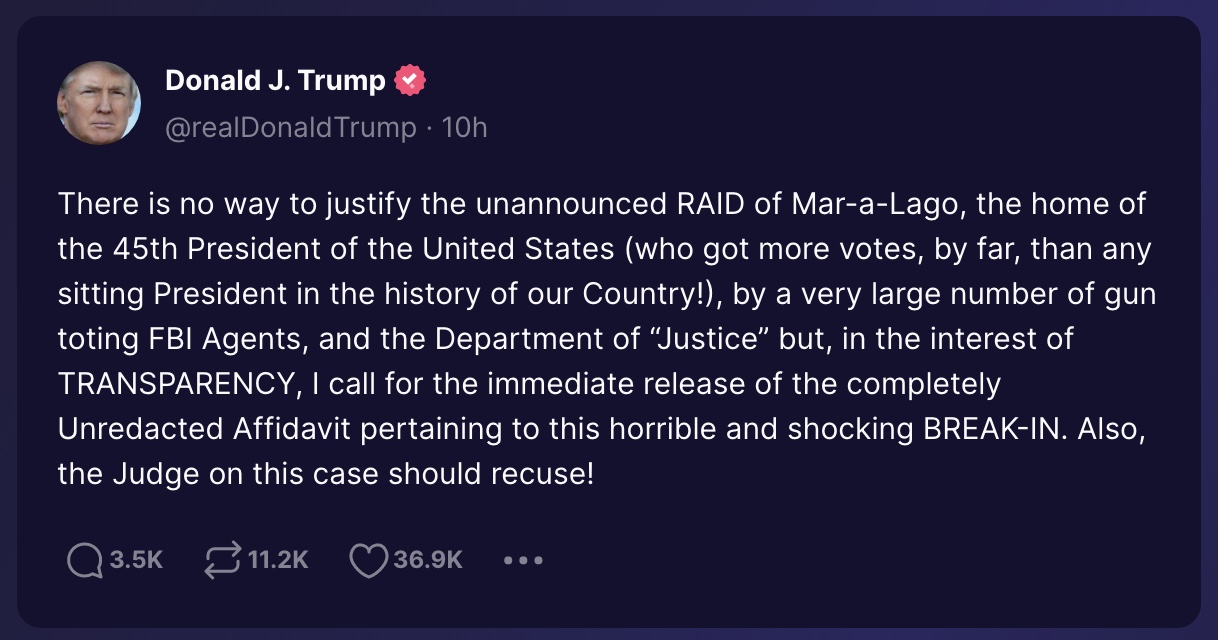 I’m with Trump on this one. The raid was clearly about way more than national archive documents and classified information. It was about their ridiculous criminal investigation into Trump regarding January 6th and I suspect the affidavit will expose that very fact.

But don’t get your hopes up. I have a feeling this judge will side with the DOJ and FBI.