Supreme Court nominee Brett Kavanaugh has just sent a letter to Judiciary Chairman Chuck Grassley regarding Monday’s hearing on the phony allegations leveled at him by Christine Ford.

Here’s what he had to say: 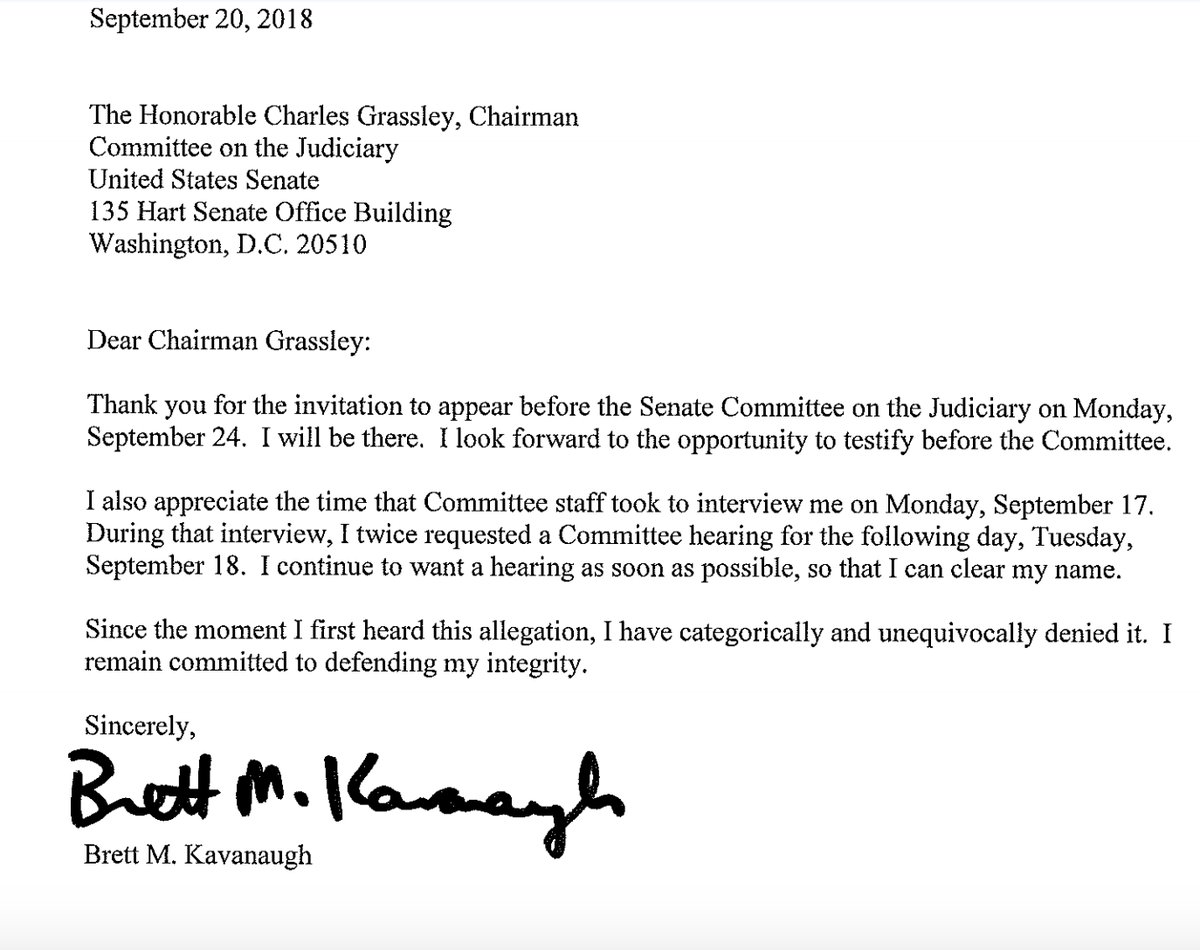 I think it’s awesome he accepted the invitation to be at the hearing on Monday. It puts pressure on Grassley not to change it to later in the week.

But I think it’s much more than that. The last two lines of his letter show that he feels he’s under the gun and really wants to clear his name:

“I continue to want a hearing as soon as possible, so that I can clear my name. Since the moment I first heard this allegation, I have categorically and unequivocally denied it. I remain committed to defending my integrity.”

As Nikki Haley said a few minutes ago on Fox News…

Absolutely. And to be quite honest, that letter throws it in everyone’s face. Reading those two lines makes me feel bad for the guy and I feel stronger than ever that this hearing needs happen on Monday so he can clear his name ASAP.

Monday isn’t arbitrary. It’s the day the Judiciary Committee chose as they are in charge. And they need to leave it there.