Two days after the election, Lauren Boebert has finally taken the lead in her race and it looks like she’s headed to victory.

Last night Boebert was only down by 73 votes in her district.

But now she’s nearly 400 votes ahead: 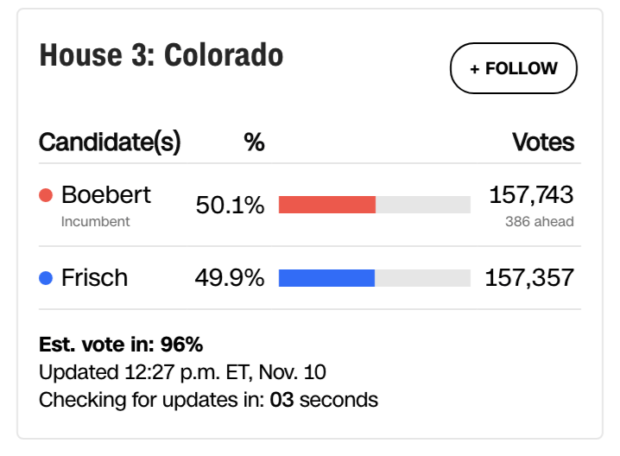 The left was hoping that Boebert would lose and they’ve been rooting for this hard. I even saw Aaron Rupar delete a tweet he wrote telling leftists the bad news that even the NY Times was predicting Boebert would win despite being behind. And now it’s finally coming to fruition.

Just to be clear the race hasn’t been called yet. But hopefully it will before too long. 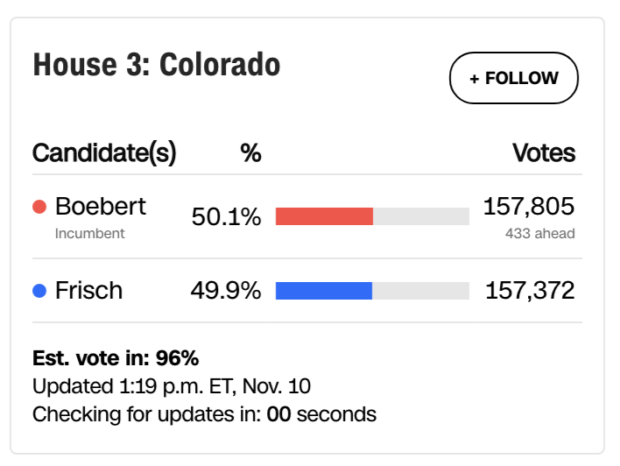 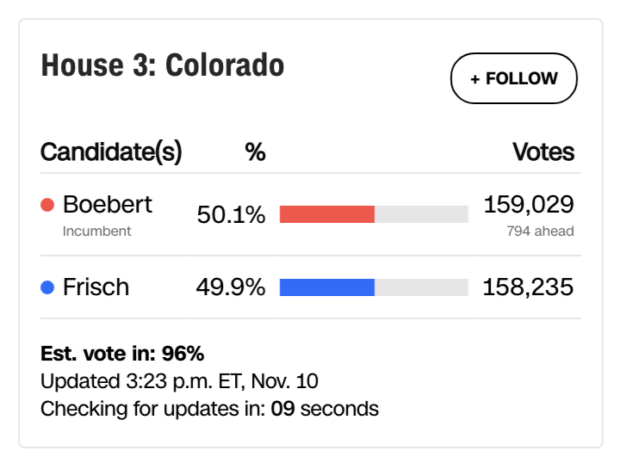 UPDATE 3: There was another update just now and Boebert’s lead is now over 1100 votes. It just keeps increasing: 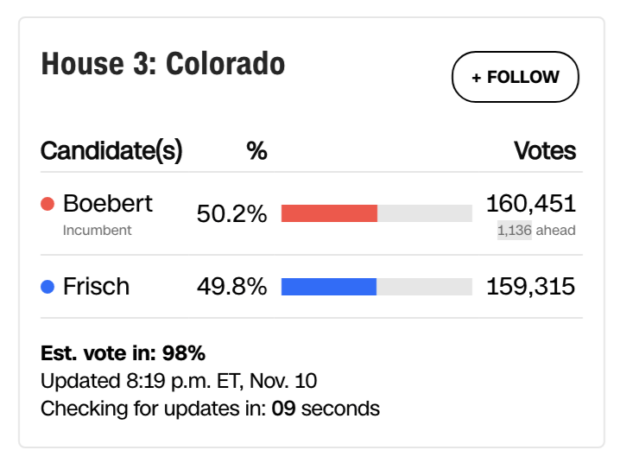 Nothing but a-holes filled with hate and contempt.