Lightning stroke near the White House at Lafayette Park and killed two people.

Two more were injured from the strike as well.

Here’s video of the lighting bolt that did it…

Here’s more on what happened…

KWTX – Two people who were critically injured in a lightning strike outside the White House have died, police said Friday. Two others remained hospitalized with life-threatening injuries.

James Mueller, 76, and Donna Mueller, 75, of Janesville, Wisconsin, died of their injuries after the lightning strike in Lafayette Park, located directly outside the White House complex, the Metropolitan Police Department said.

The two other people, a man and a woman, were in critical condition, the police department said. Their identities were not immediately released.

Authorities did not reveal how the people were injured, other than to say they were critically hurt in the lightning strike.

“We are saddened by the tragic loss of life after the lightning strike in Lafayette Park,” White House press secretary Karine Jean-Pierre said. “Our hearts are with the families who lost loved ones, and we are praying for those still fighting for their lives.”

Officers with the Secret Service and the U.S. Park Police witnessed the lightning strike Thursday night and ran over to render first aid, officials said.

Emergency medical crews were called to the scene just before 7 p.m. and had transported all of the victims to the hospital with “critical, life-threatening injures,” fire department spokesman Vito Maggiolo said.

If you’re wondering how close it was to the White House, below is a map from KWTX that shows where the lightning strike occurred: 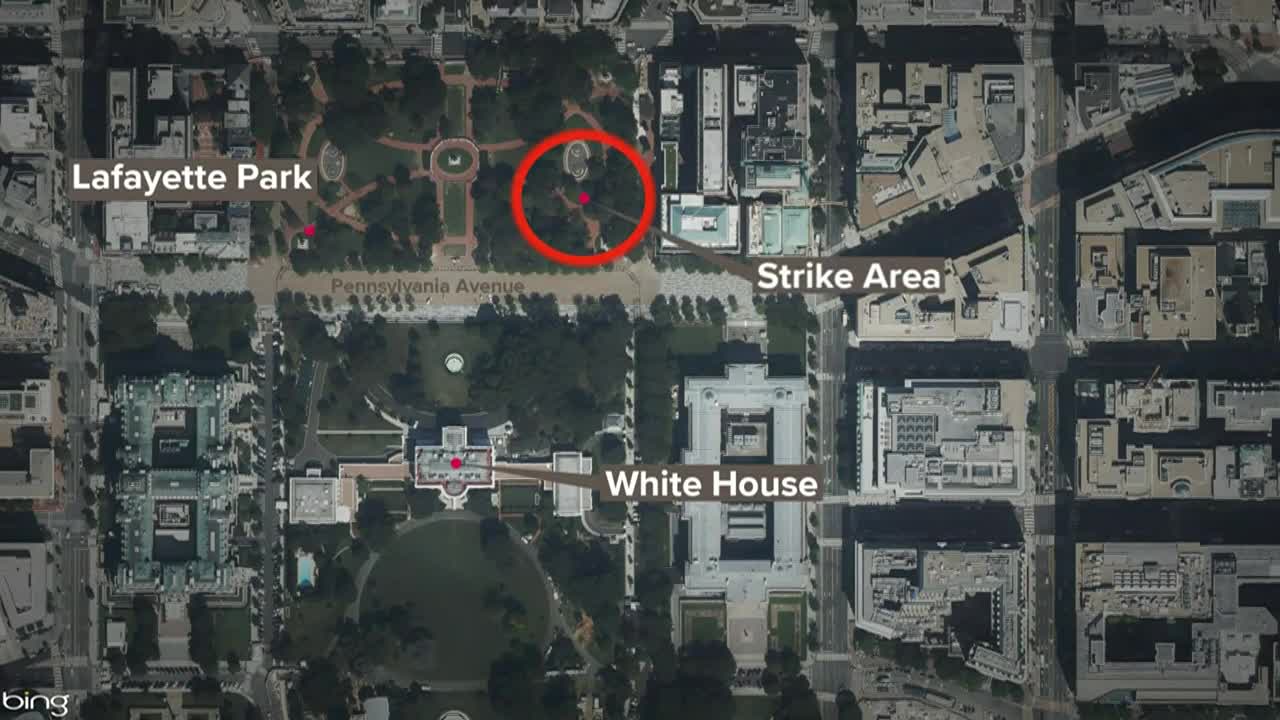