According to Matt Finn with Fox News, a new election fraud lawsuit has been filed in Detroit, Michigan with sworn affidavits detailing major voter fraud:

NEW: election fraud lawsuit was filed in Detroit with affidavits alleging backdating ballots, no matching signatures. It includes an affidavit from a city employee claiming she was asked to backdate ballots:

This is the full screenshot from the sworn affidavit of the city employee:

Jacob not only details the backdating of ballots, buts says that people who’d applied for absentee ballots were also allowed to vote in person without returning the absentee ballot, essentially meaning they voted twice.

Finn follows that up with a screenshot from a different sworn affidavit from a former Assistant AG who was a Republican poll watcher:

This is Larsen’s full screenshot: 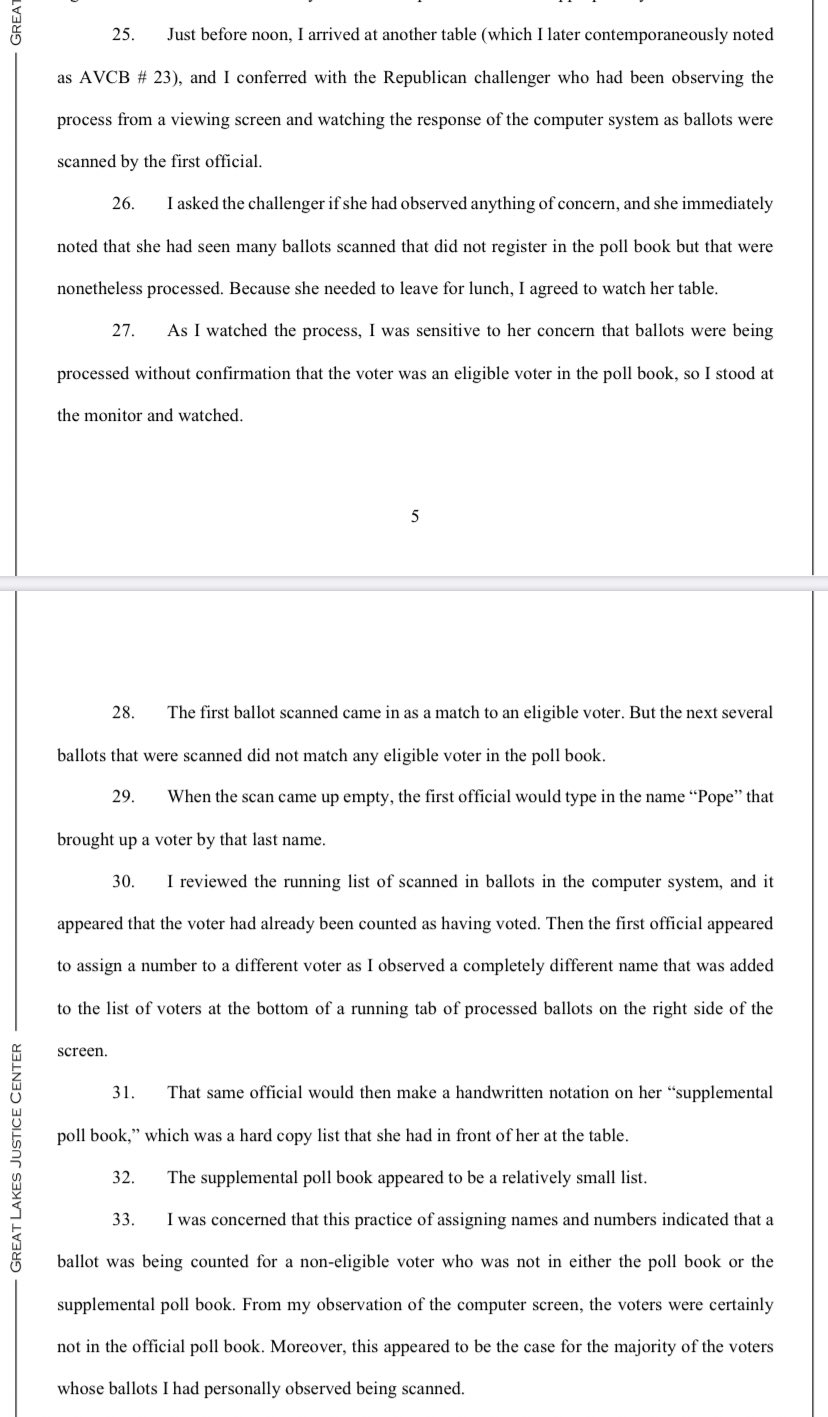 Finn reports that the lawsuit is asking for the certification of the votes to be halted and evidence to be preserved:

The lawsuit is asking all evidence including computers and documents to be immediately preserved and for the certification of votes to pause.

This is egregious stuff being detailed in these affidavits, so hopefully this lawsuit will be taken seriously and not thrown out by some activist judge.