“Parler will be reinstated on the App Store. Huge win for free speech.” That’s what Rep. Ken Buck wrote in his tweet announcing that Apple has finally responded to the letter he and Sen. Mike Lee wrote to the company demanding answers for Parler being deplatformed.

“In the period since Apple removed the Parler app from the App Store,” they write, the “review” team engaged in “substantial” conversation to bring the app into “compliance.”

Parler said Apple has been making it increasingly difficult to get back into the store, but the letter sent to Buck and Lee indicates that the parties have agreed on a news version.

“Apple anticipates that the updated Parler app will become available immediately upon Parler releasing it.

Here’s the letter, in images from Rep. Buck’s tweet. 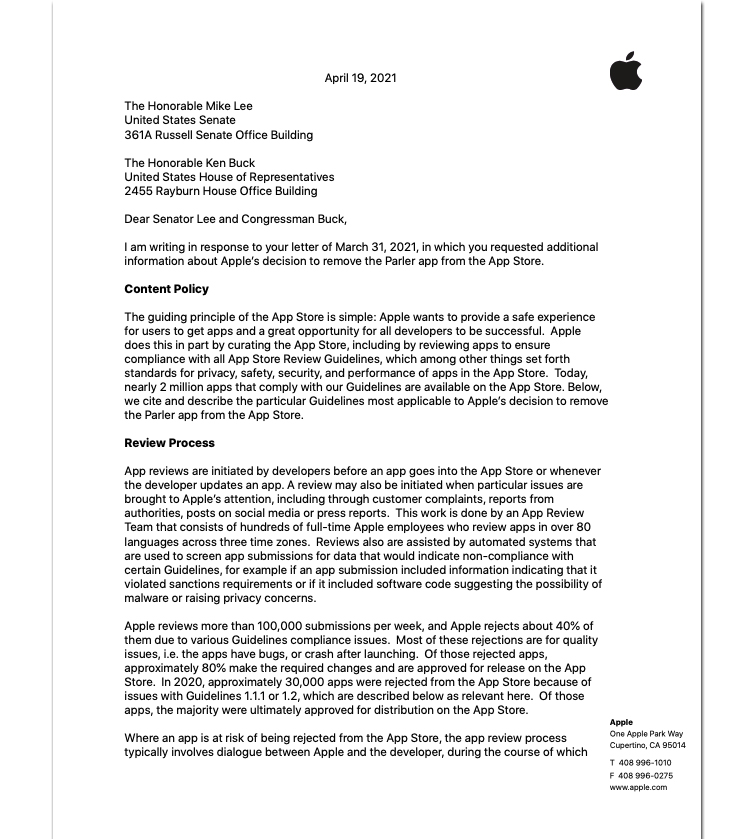 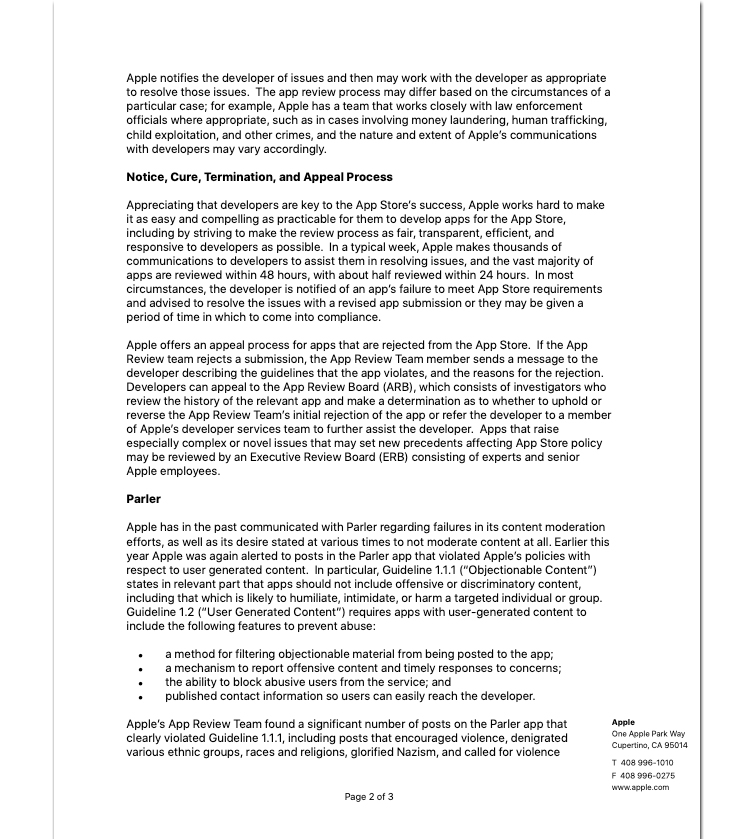 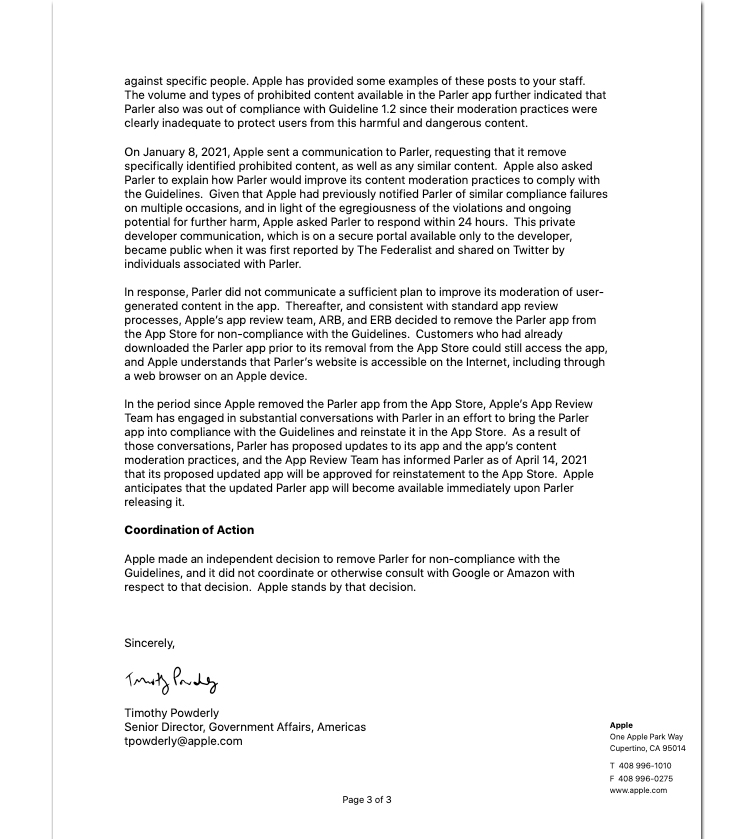 On March 31, @SenMikeLee and I sent a letter demanding answers about why Apple removed Parler from the App Store.

🚨Today, we received a response: Parler will be reinstated on the App Store. Huge win for free speech. pic.twitter.com/FQBDSSSFGk

So here’s the thing, y’all. Some folks will surely say that this just means Parler caved to Apple. And Apple is definitely saying that. But you gotta read between the lines and see the big picture, which is that it is incredibly valuable to have it back in the store, for people to be able to download it and to update it, and that even IF there is increased “moderation”, they’ve won a battle here.

That means the next time Apple tries to pull the plug on them – and it will – they have ammo and this high profile intervention.

It’s the art of the deal. For me, this is just phase one. Now maybe it didn’t go quite as seamless as we want, and maybe they had to give up some stuff. But not every victory is going to be total. It’s time the right started taking small wins and BUILDING toward big ones. That’s just my two cents.

So congrats to Parler, I say. But we’ll see how bad/good the new version is before we celebrate TOO much.