Secretary of State Mike Pompeo just called out the House Foreign Affairs committee run by Eliot Engel for trying to both bully and intimidate employees in the State Department. Pompeo states emphatically that he will not tolerate these kind of tactics:

Let me be clear: I will not tolerate such tactics, and I will use all means at my disposal to prevent and expose any attempts to intimidate the dedicated professionals whom I am proud to lead and serve alongside at the Department of State.

In short, the letter accuses Engel and his committee of (1) trying to compel employees without issuing subpoenas for depositions, (2) not allowing enough time for witnesses it seeks to compel to prepare, (3) denying State Department counsel to participate in depositions and (4) requesting each witness to personally produce a “vast amount of documents” which would violate civil and criminal statutes.

Here’s the letter sent by Pompeo to Chairman Engel, which explains in detail the bullying and intimidation that he’s referring to in the tweet: 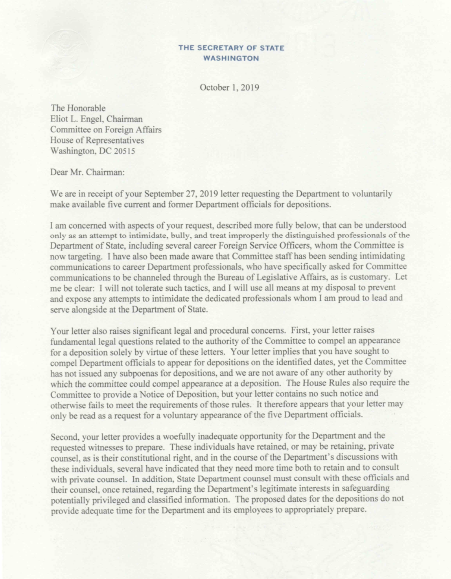 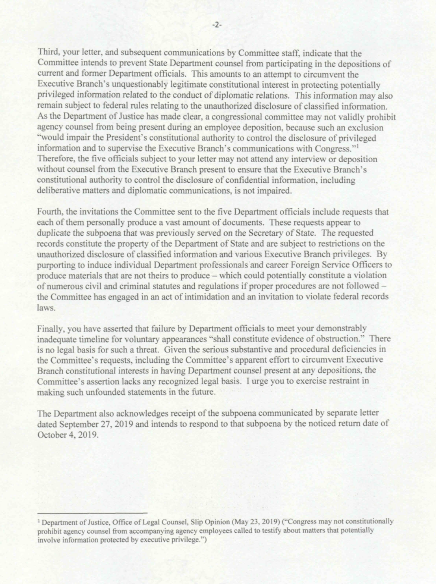