President Trump just released a statement calling out Lebron James for his horrible tweet yesterday targeting the hero cop who save a girl’s life in Columbus.

If you didn’t see what Lebron tweeted, this’ll catch you up: 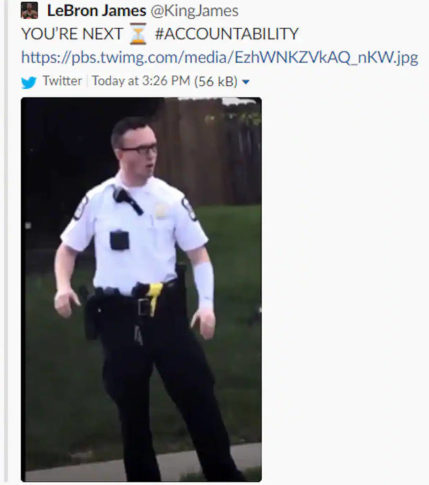 In case you can’t see the tweet, here’s what it says:

LeBron James should focus on basketball rather than presiding over the destruction of the NBA, which has just recorded the lowest television RATINGS, by far, in the long and distinguished history of the League. His RACIST rants are divisive, nasty, insulting, and demeaning. He may be a great basketball player, but he’s doing nothing to bring our Country together!

I was expecting Trump to call him out for targeting the cop which is, by far, the worst thing he did yesterday. But I guess Trump chose not to get too specific.