What we’ve been waiting on is finally here. President Trump just announced a new media and technology group called “Trump Media & Technology Group” and they are launching a new social media alternative called “TRUTH Social” to fight against the tyranny of Big Tech:

I am excited to send out my first TRUTH on TRUTH Social very soon…” pic.twitter.com/TCZVYq1VJQ

“TMTG’s mission is to create a rival to the liberal media consortium and fight back against the “Big Tech” companies of Silicon Valley, which have used their unilateral power to silence opposing voices in America.”

The press release says that the app is already available for pre-order in the Apple App store and that it will begin it’s Beta launch in November for invited guests only. It will rollout nationwide in the first quarter of 2022.

Below is the full press release for you to read, emphasis on the last paragraph: 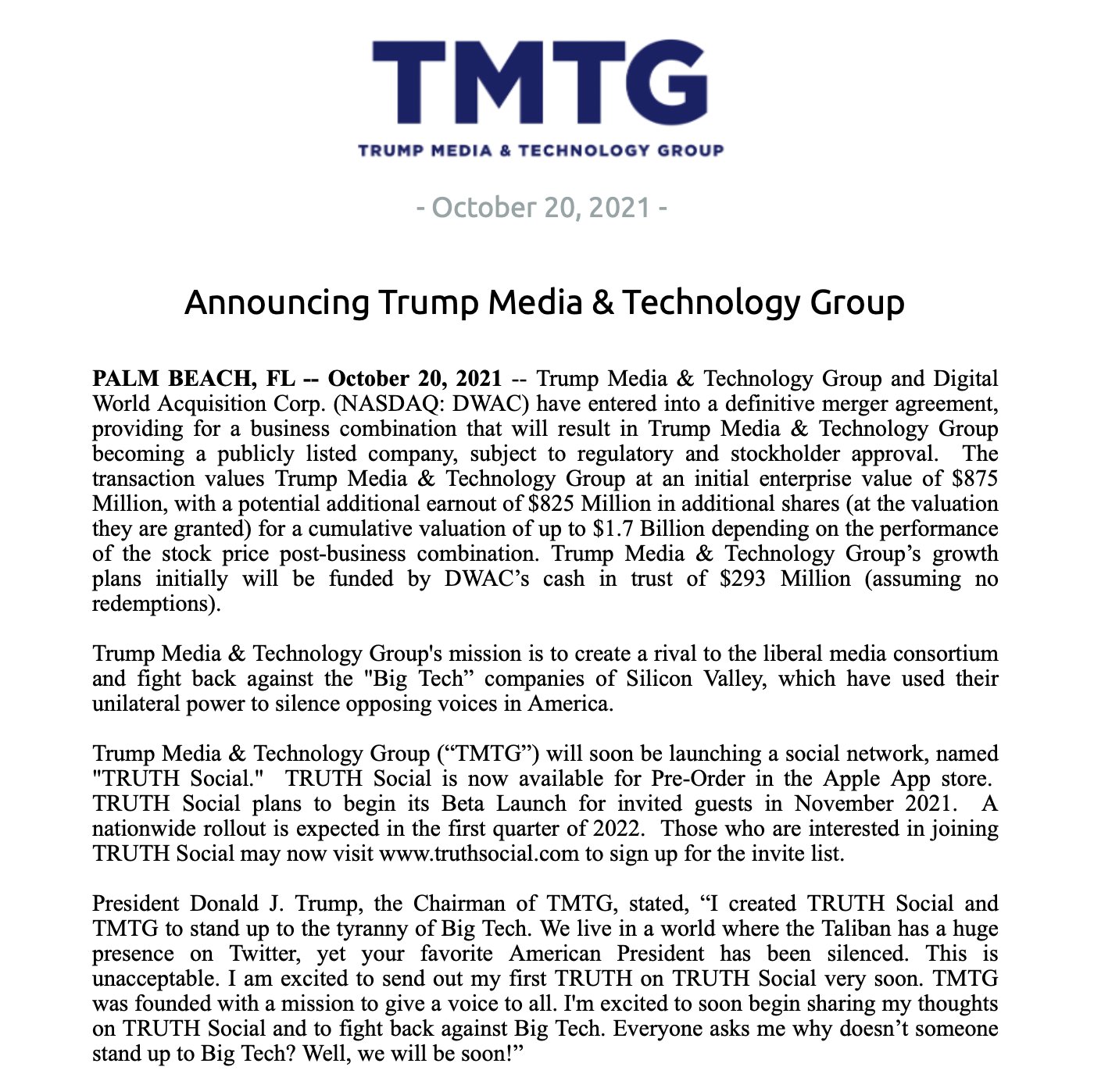 BREAKING: @DonaldJTrumpJr on the announcement of https://t.co/I4K8Tz54NM

Truth Social is “a Big Tent, an open and Free Network for people to be able to communicate, to exercise your First Amendment rights.” pic.twitter.com/Kbq8fdmeN0