As predicted, Elise Stefanik easily won the vote this morning to be the GOP conference chair, replacing the disgraced Liz Cheney:

NY POST – House Republicans approved Rep. Elise Stefanik to their No. 3 leadership position Friday — officially voting her into the post after Rep. Liz Cheney was forced out this week.

Stefanik’s (R-NY) win of 134-46 was nearly guaranteed before the vote took place, given that she went into the meeting with former President Donald Trump’s endorsement and without a serious challenger.

Rep. Chip Roy (R-Texas) had launched a bid, but failed to gain traction. Rep. Mike Johnson (R-La.), who serves as vice chair of the House GOP Conference, was also reportedly interested in the role, but did not end up pursuing a challenge.

Well there you go. The establishment picked her, Trump eagerly backed her and House Republicans voted her in.

Just in case you are wondering, this was going around last night. You might say this is what Trump endorsed: 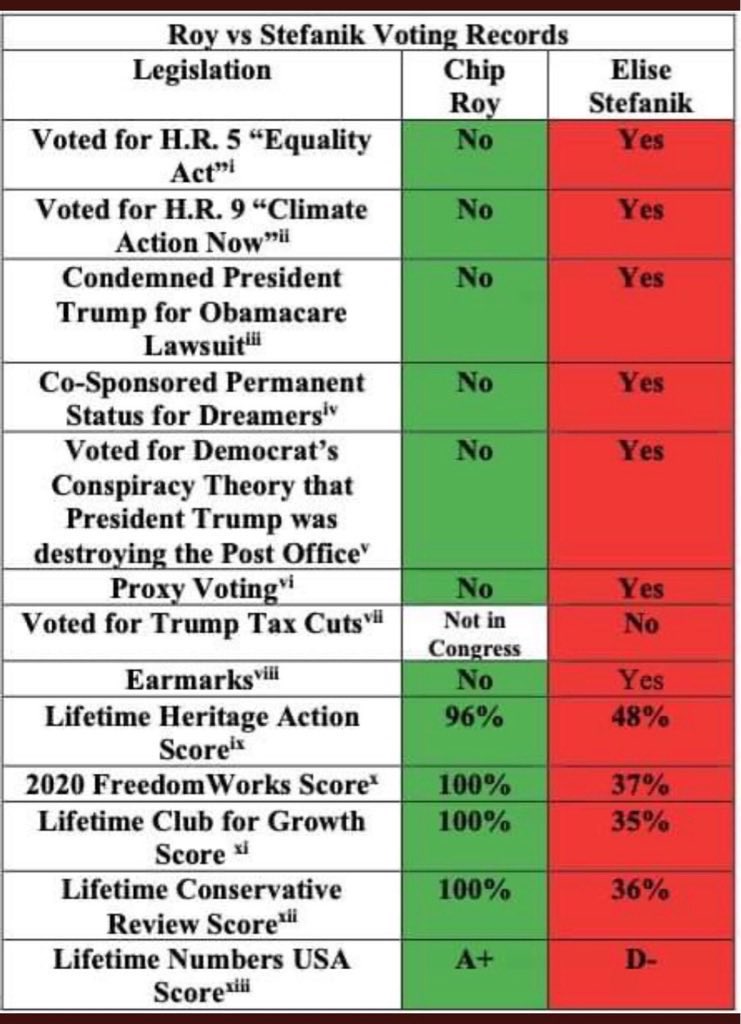