The TedNado has come out against Trump’s threat to shut down the border to all trade and everything else because of the illegal immigration crisis. 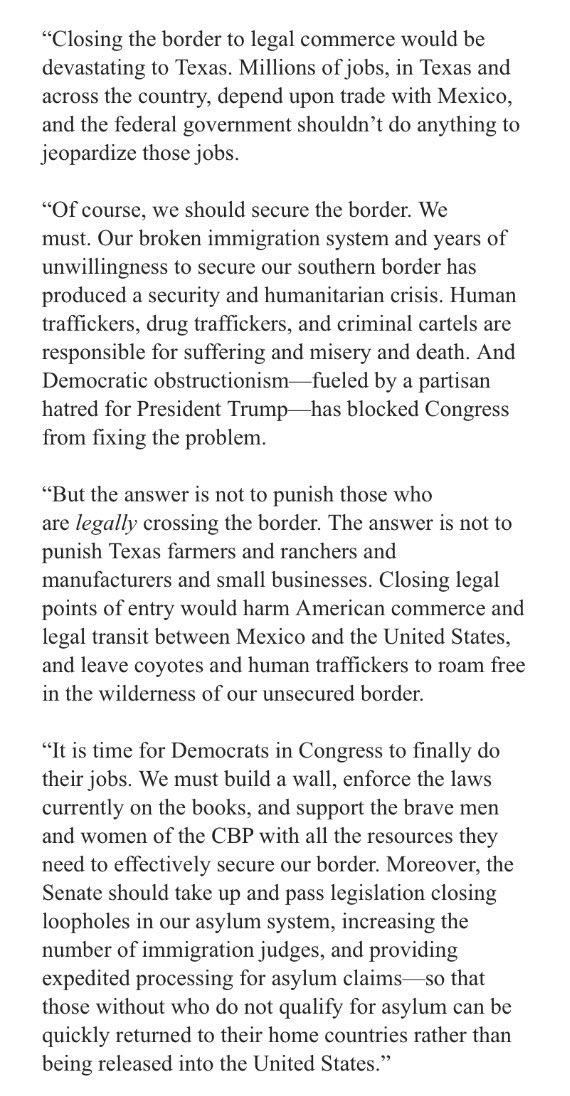 That is surprising given how Cruz has supported nearly everything Trump does since he won the election. He knows he’s gonna get some pushback from Trump supporters on this.

But he’s not the only one – Sen. Cornyn is also against it, and he told Trump himself:

Texas Sen. John Cornyn phoned President Donald Trump on Tuesday night to share his concern that closure of the U.S.-Mexico border would a “terrible mistake” that would “inflict unintended harm on Americans.”

The two Republicans spoke for about five minutes, Cornyn said.

“I know you are very frustrated,” the Texan recalled telling Trump. “Let us try to work on some other approaches.”

That personal appeal built upon Cornyn’s earlier public statements, along with increasingly dire warnings from business leaders, economists, lawmakers and other experts that a closure of the U.S-Mexico border would cause cataclysmic damage to the economy in Texas and beyond.

It sounds like Trump didn’t really care to hear the opinion:

Asked if Trump was receptive to his message, Cornyn demurred.

“He’s hearing that from a lot of different sources,” he said, before offering his sense of Trump’s thought process. “It’s a sign of his frustration that this has become a zero sum game and more of a political matter than people actually trying to solve the problem.”