Warren then filed a federal lawsuit against DeSantis in hopes of being reinstated by the courts.

But today we find out that Warren has lost his challenge:

BREAKING: Ousted Florida prosecutor loses in federal challenge to his suspension by Florida Gov. Ron DeSantis on 11th Amendment grounds, even though the judge found that DeSantis violated the Florida Constitution and the US First Amendment in suspending Andrew Warren. pic.twitter.com/GlggnY06DA

Below are the two snippets that Chris Geidner highlighted: 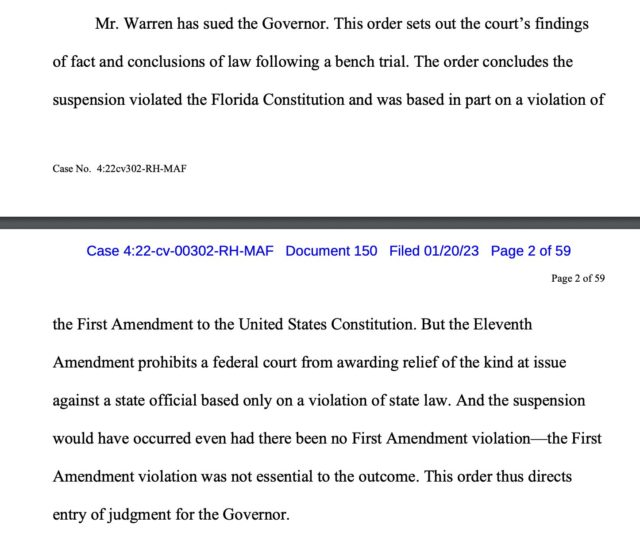 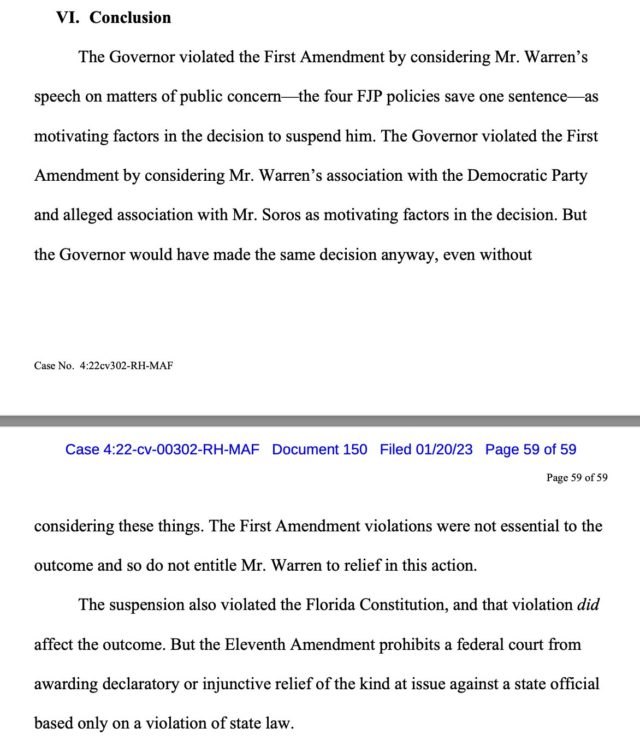 According to Judge Hinkle’s ruling, Governor Ron DeSantis violated the U.S. Constitution’s 1st Amendment in his decision-making process in firing Warren. However, the governor would have made the same decision even without considering the elements that violated the 1st Amendment.

Judge Hinkle then said DeSantis’ move also violated the state constitution, but the 11th Amendment to the U.S. Constitution prevents him from issuing any injunctive relief based on the violation of a state law instead of a federal law.

They also include a response by the DeSantis’ office on the court’s ruling:

“Today the judge upheld his decision to suspend Andrew Warren from office for neglect of duty and incompetence. Another win for Governor DeSantis and the people of Hillsborough County.”

I checked and the judge in this case was a Bill Clinton appointee. Regardless of his dubious claims that DeSantis violated the first amendment and the state constitution, he at least ended up on the right side of the case by dismissing it.

Score another one for DeSantis!