Trump campaign manager Bill Stepien has just announced a lawsuit over Michigan results relating to access to the counting process: 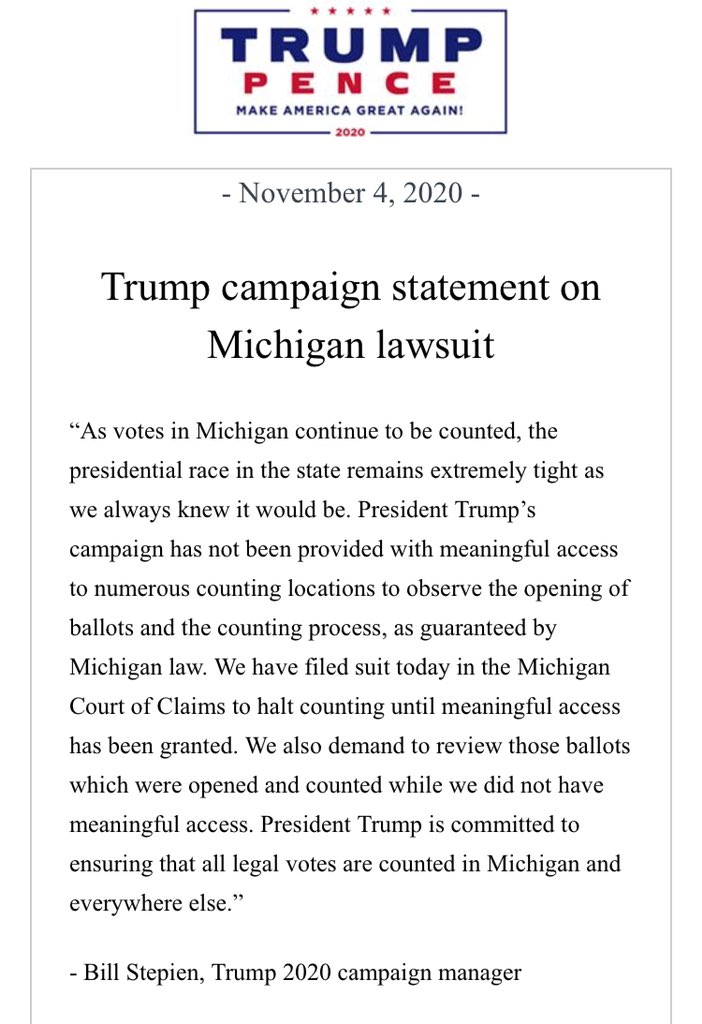 The statement from Stepien reads:

“As votes in Michigan continue to be counted, the presidential race in the state remains extremely tight as we always knew it would be. President Trump’s campaign has not been provided with meaningful access to numerous counting locations to observe the opening of ballots and the counting process, as guaranteed by Michigan law.

We have filed suit today in the Michigan Court of Claims to halt counting until meaningful access has been granted. We also demand to review those ballots which were opened and counted while we did not have meaningful access.”

In other words they are seeking an injunction to stop the counting process until they get ‘meaningful access’, which is smart because they need to make sure that Democrats don’t steal this election.

This will obviously take the ruling of a judge, and we’ll bring that to you whenever it happens.