President Trump has just released this epic statement slamming Biden for what his disastrous policies have done at the border after he worked hard to get the border under control: 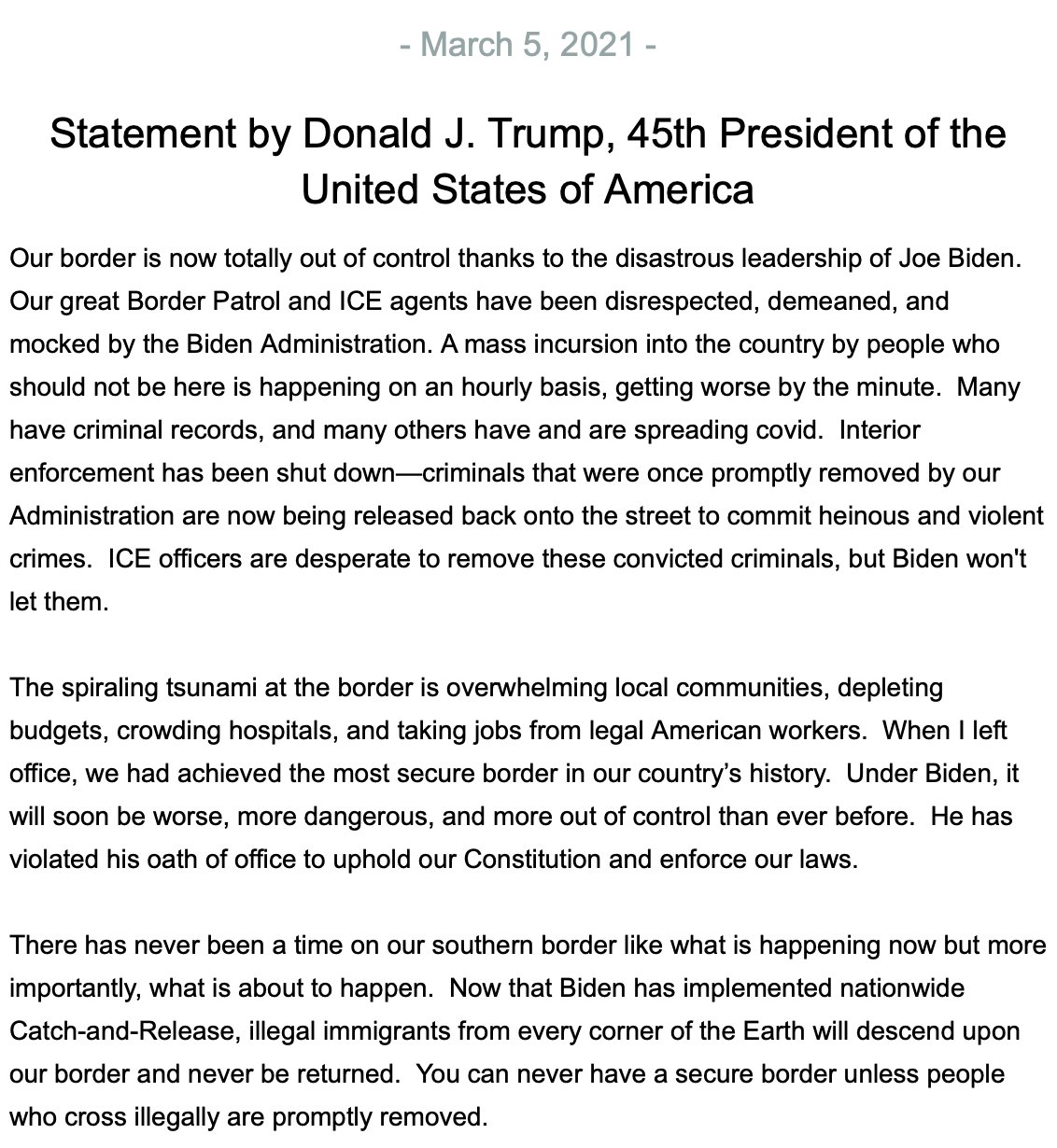 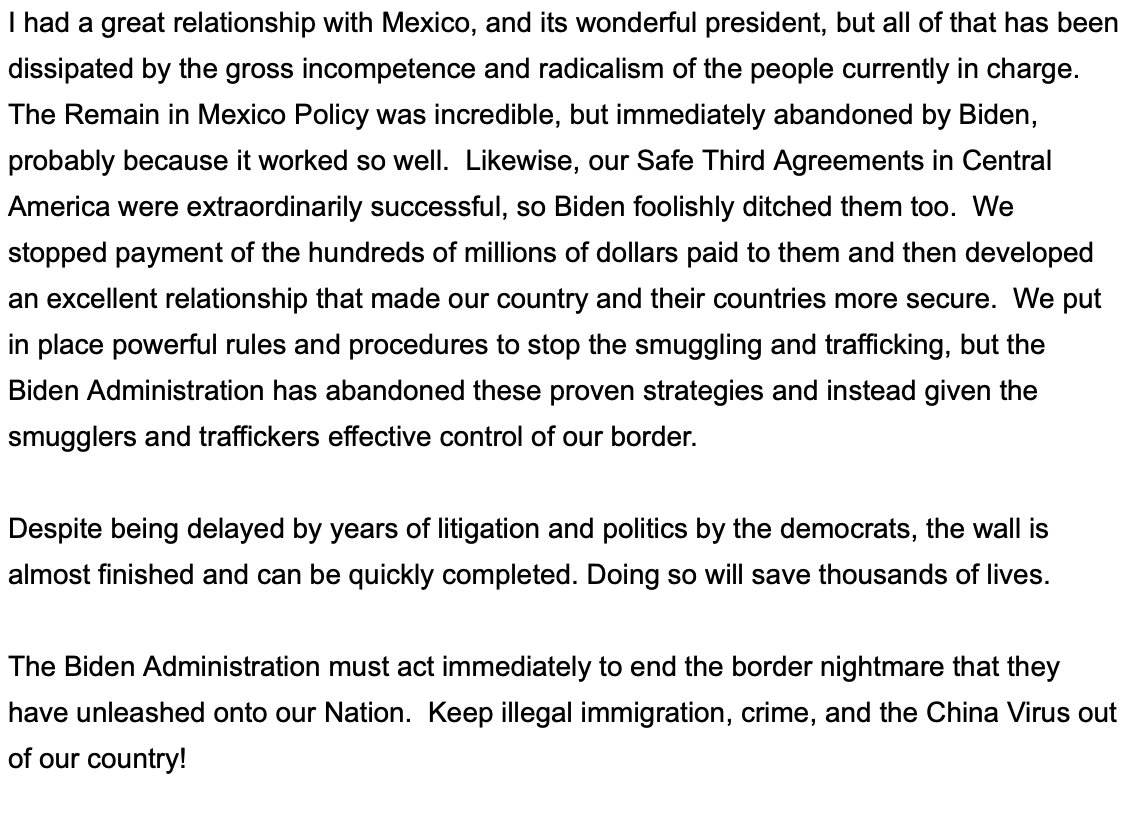 I must say that’s a very well written and thorough debunking of what Biden has done at the border to cause this crisis.

In fact a CBS reporter, who has long despised Trump, actually asked Psaki today about Trump’s statement and got a ridiculous, arrogant answer in response:

Psaki says they don’t take advice from former President Trump, but maybe they should! They are completely undoing the protections Trump had put in place and now we are seeing a surge even larger than what happened in 2019 before Trump got the border under control.

Psaki even admitted that their policies are creating the problem, even though she dressed it up like it was a good thing:

She can dress it up however she wants, but the disaster that’s unfolding is only going to get worse and will probably end up making 2019 look like a cake walk.