Hang on to your 401k, folks, here we go!! El Presidente Trumpo just slapped China with higher tariffs after they retaliated against us with high tariffs today and the stock market took a nosedive. 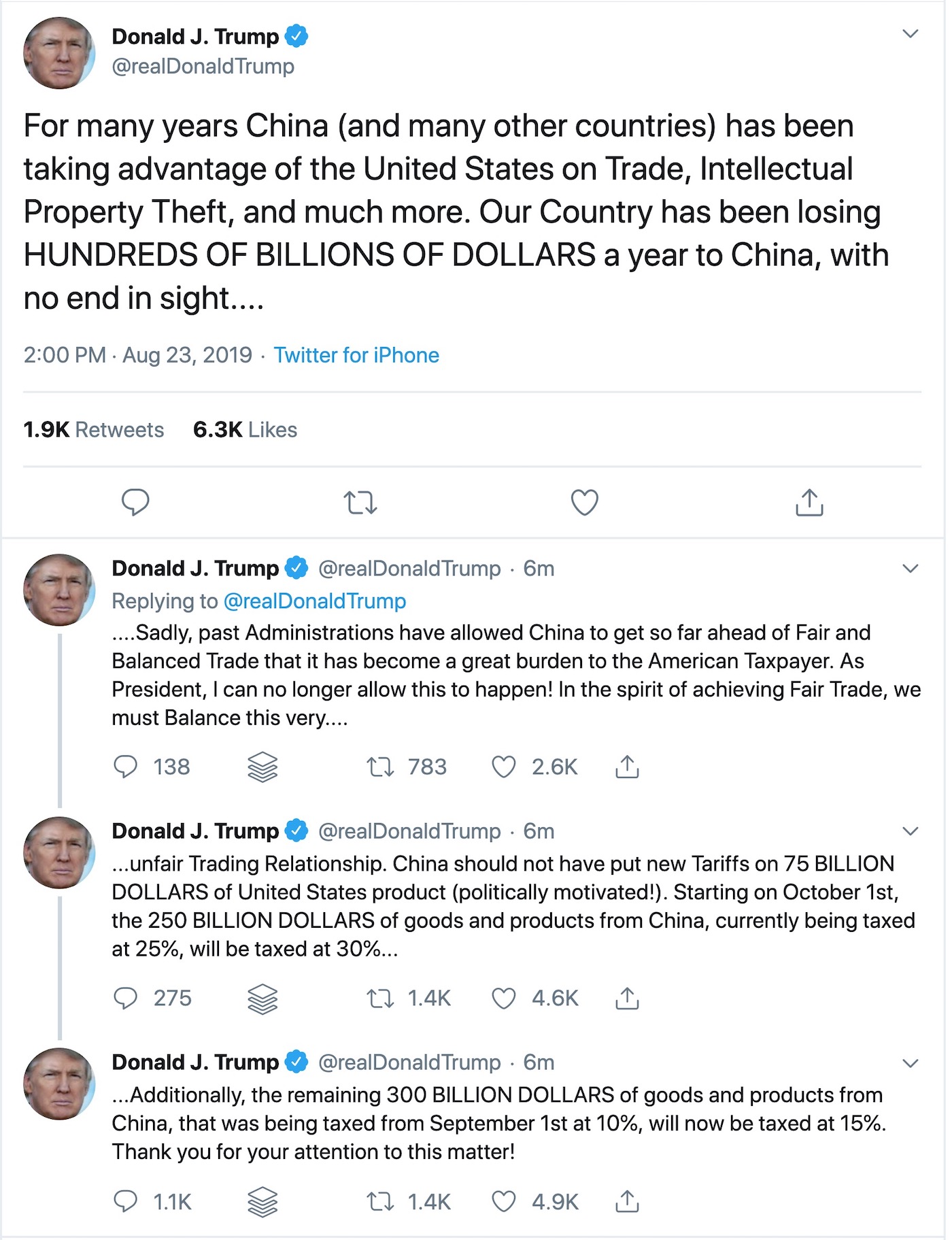 And the stock market has already responded to his threat earlier today: 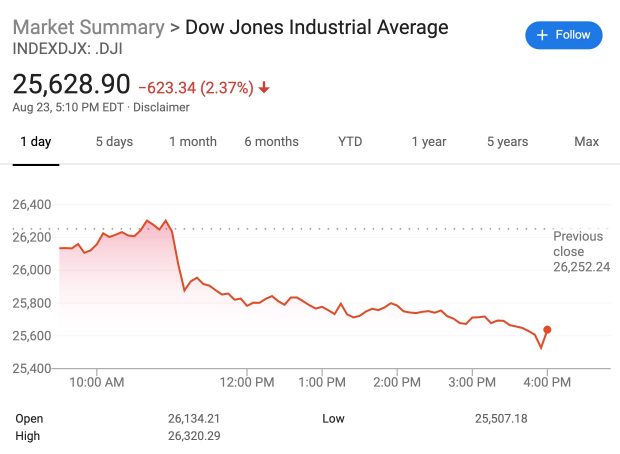 Or you could zoom back and put it in context: 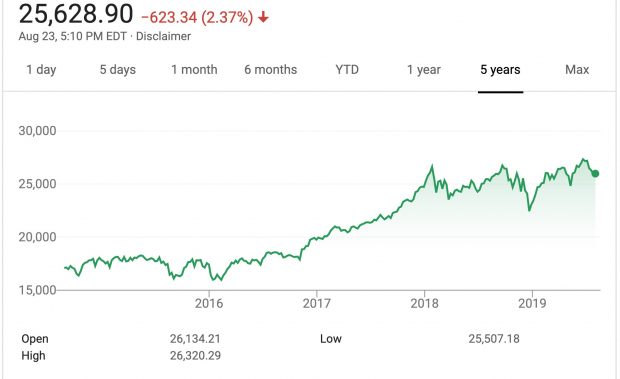 Look, I’m not saying it’s OK. In fact, the market is likely to drop even MORE on Monday, since Trump tweeted about the actual tariffs after the markets closed.

BUT, in context, it’s not that big of a deal. It’s not the apocalypse.

There is a big debate going on right now. Free market economists say tariffs don’t work. And they’re mostly right. If your only aims are economic. As far as I understand it, Trump and his advisors are trying to slap down China to prevent more aggression in the future. That means that they are willing to take a dip in our economy in order to do that.

BUT, I wonder, what will this mean for 2020? Is it worth it to hit the economy right before an election? I dunno. You tell me.