Twitter has just added the warning label “Get the facts about mail-in ballots” to a couple of Trump’s tweets regarding mail-in ballots that he posted this morning. Below is a screenshot: 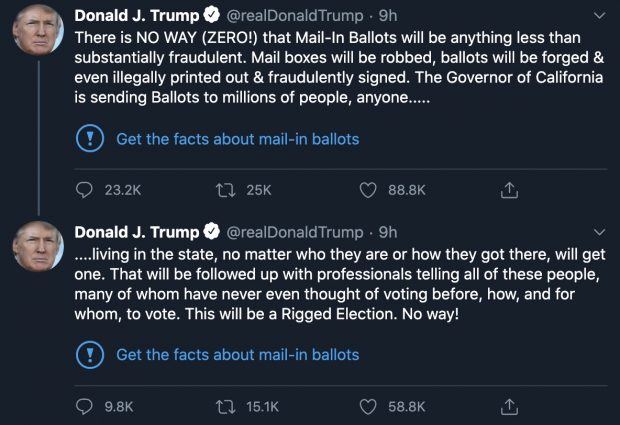 When you click the link it takes you to a Twitter Events page that accuses Trump of misinformation: 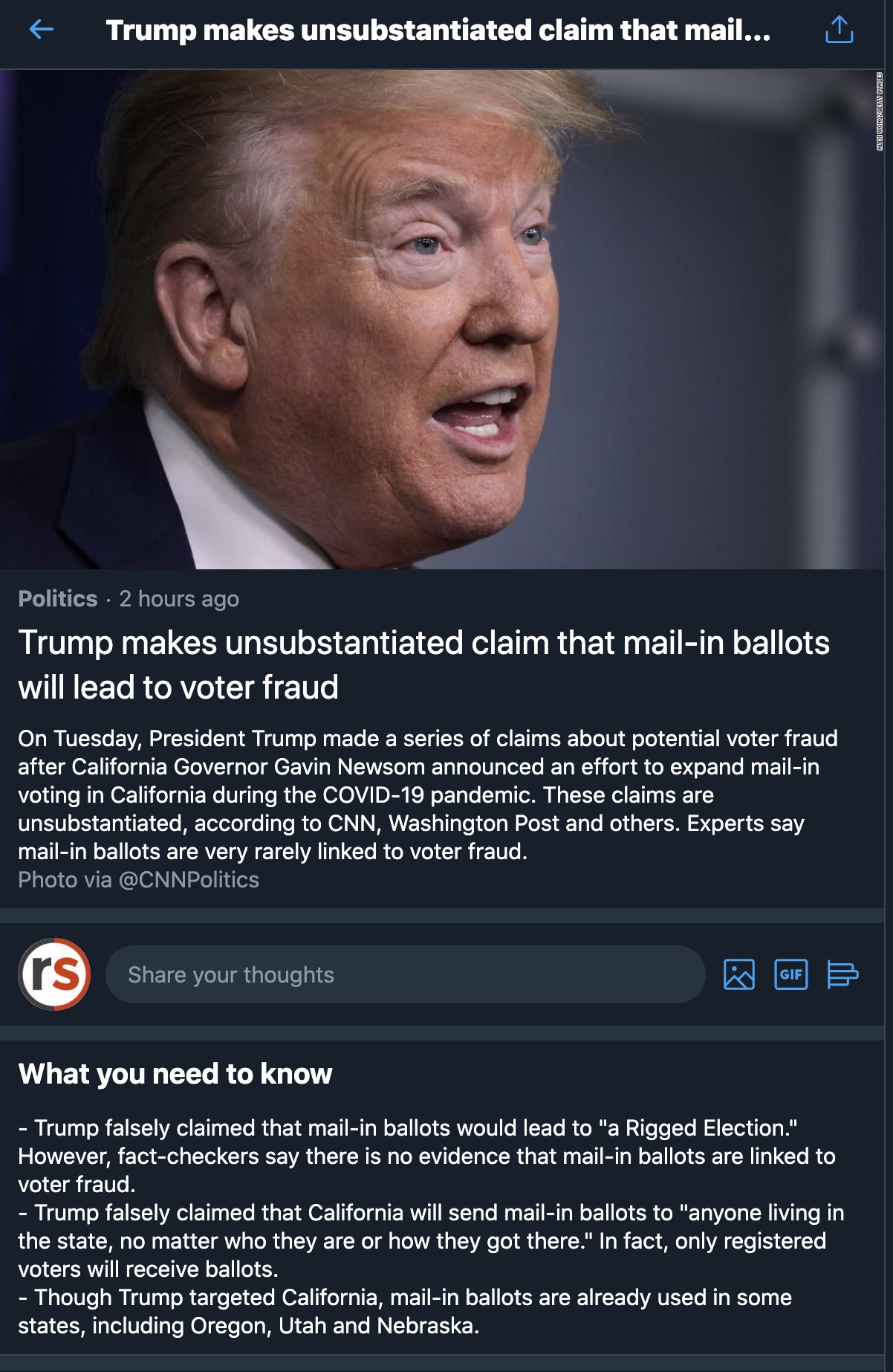 As you scroll down, Twitter then proceeds to quote from several MSM outlets and journalists to substantiate their claims of ‘misinformation’, including The Hill, The Washington Post, CNN, and others. They claim that mail-in ballots have not been associated with voter fraud.

It’s incredible because just today on CNN, the Attorney General of Georgia reported that 5 out of the 6 convictions of voter fraud during his tenure were related to absentee ballot fraud. As a result of these convictions, TWO elections were overturned:

Did you note how CNN tried to downplay what the AG was saying? And yet it’s organizations like CNN that Twitter is using to ‘debunk’ the president.

Look the issue isn’t just that the ballots are being sent to people, it’s that they are being sent automatically in places like California without a voter request. And other states are trying to push people to vote by mail when it just isn’t necessary. Democrats want to take this election by hook or by crook and it appears Twitter is now going to help them do it.