They tweeted about it, and they put up a post on their blog about it. It condemns the President’s Twitter as being an “incitement to violence.” 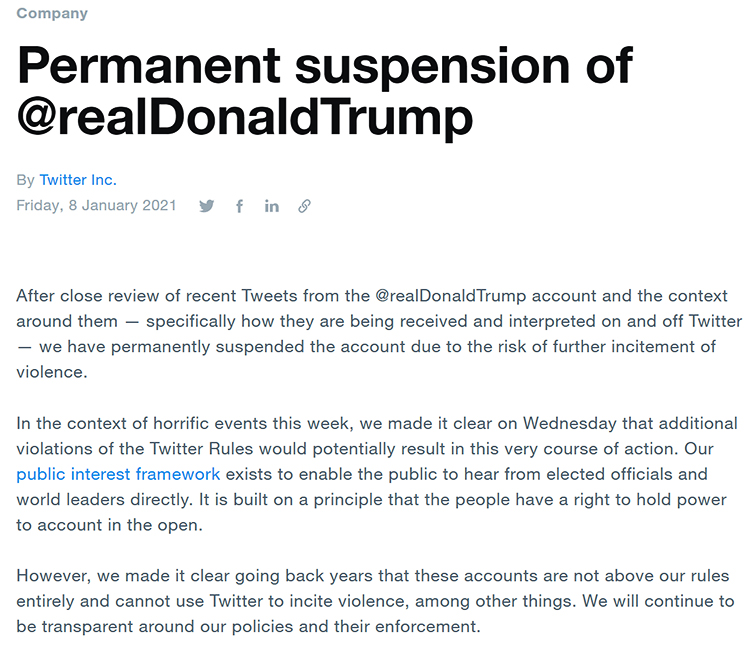 This means all his old tweets are gone, too. The media is LOVING it of course.

We told you the purge was coming. It’s not coming slow and it’s not at all subtle.

By the way, you know who still can Tweet? 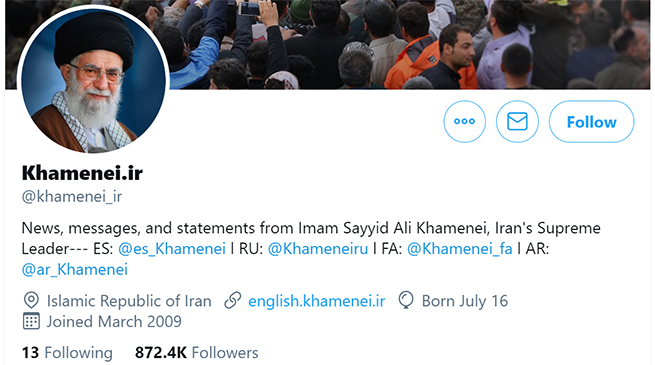 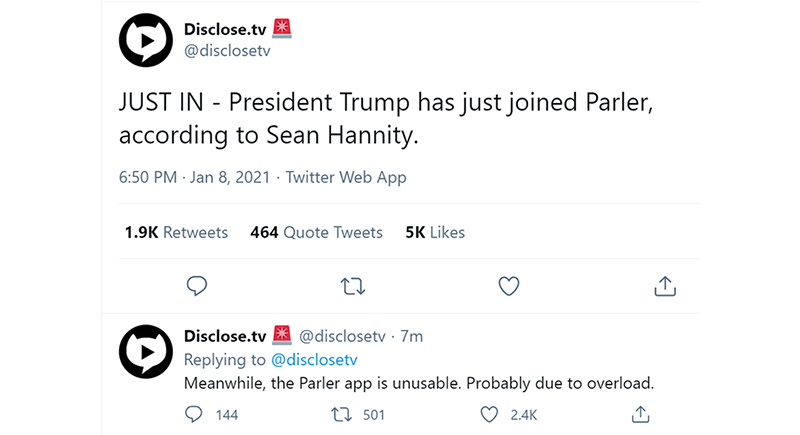 UPDATE: The President tweeted on the TeamTrump account and they suspended that too. 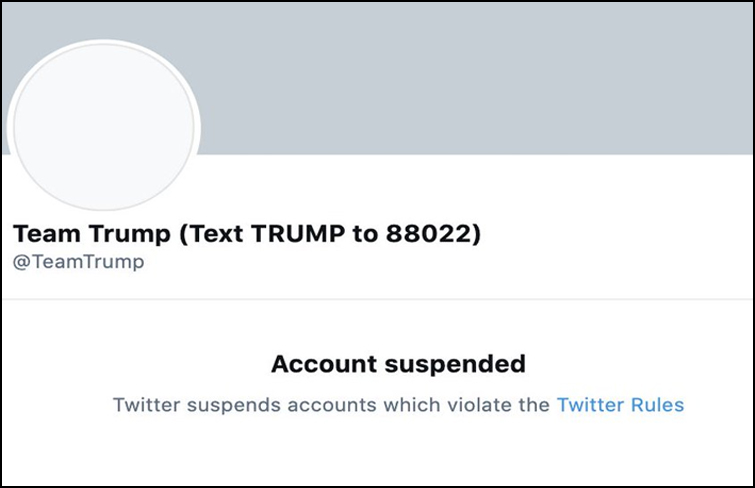 And then they banned Trump’s digital campaign director Gary Coby, for reasons that aren’t even clear, but may be just that he changed his name to Donald Trump (which thousands of people are doing.) 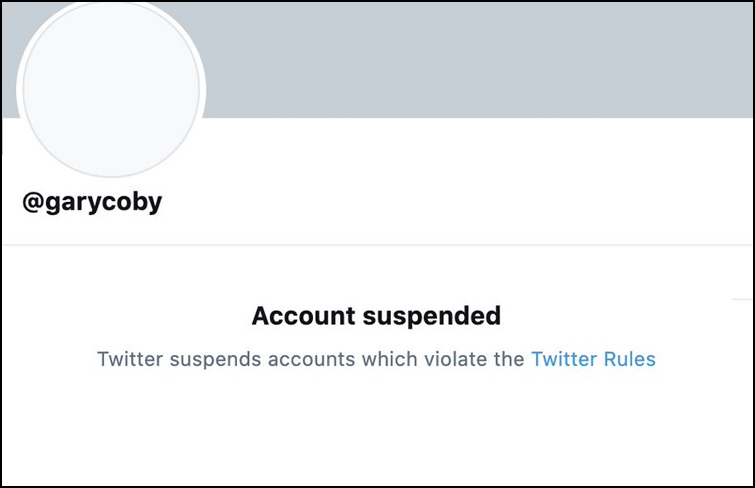 (This post may be updated as information becomes available.)