The Washington Redskins are finally caving to pressure to change their ‘racist team name’ and have just announced an official review to do just that: 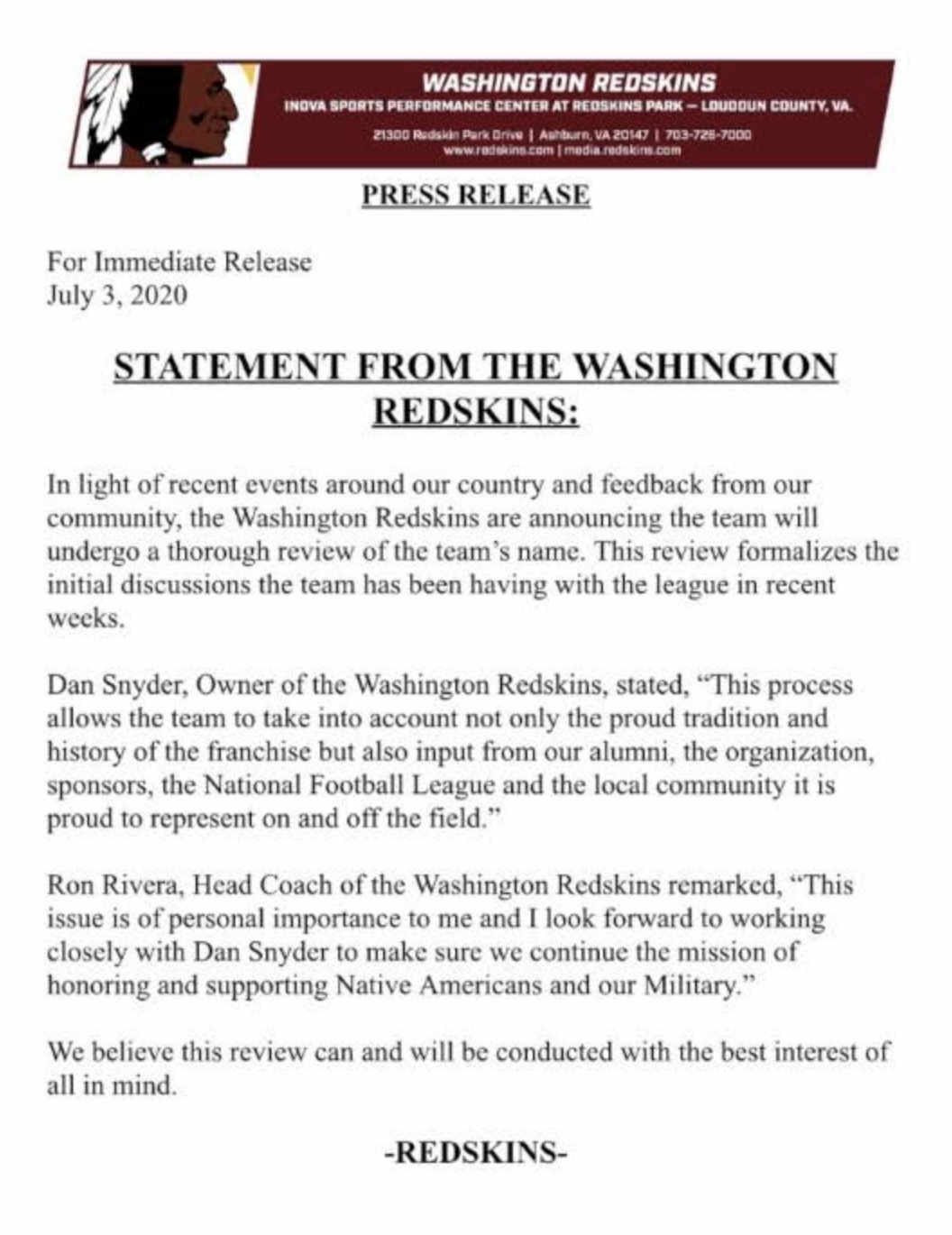 This comes after Fedex, who owns the naming rights to the stadium, had begun putting pressure on team owner Dan Snyder to change the name:

The title sponsor of the Washington Redskins’ stadium wants the NFL team to change its name.

“We have communicated to the team in Washington our request that they change the team name,“ FedEx said in a statement Thursday.

The company paid the team $205 million in 1999 for the naming rights to FedEx Field in Landover, Maryland.

Fedex isn’t the only one pressuring Snyder. Nike has pulled all Redskin merchandise from their website:

Nike has pulled all merchandise pertaining to the NFL’s Washington Redskins from its website following calls from the team’s sponsors to change the name of the franchise.

Searches for Washington Redskins apparel on Nike’s website yielded no results Thursday night, the day after 87 investment firms sent letters to three Redskins sponsors, Nike, FedEx, and PepsiCo, urging them to end their relationships with the team if it did not change its name, according to Fox Business.

“In light of the Black Lives Matter movement that has focused the world’s attention on centuries of systemic racism, we are witnessing a fresh outpouring of opposition to the team name,” the firms said to Nike in the letter. “Therefore, it is time for Nike to meet the magnitude of this moment, to make their opposition to the racist team name clear, and to take tangible and meaningful steps to exert pressure on the team to cease using it.”

Snyder has resisted immense pressure in the past to change the name, even from the Obama administration. But it appears this ‘moment’ the county is having is just too much for him to resist. As I’ve said before, it worries me that so many ‘sectors’ of American society are caving to this ‘moment’. Whether it be commercial business, sports leagues and teams, entertainment companies, etc., everyone seems to be bowing to this ‘moment’ in ways I wouldn’t have predicted. It really makes me wonder where this ends…