Seriously, it happened again. President Alzheimer’s aides actually shouted over top of him to prevent reporters from hearing him responding to a question. They then kept shouting and rushed the reporters out of the room:

I guess Biden was “instructed” NOT to take questions today! ⬇️ pic.twitter.com/LYQ8cwsZI8

Get this. Boris Johnson took three questions from reporters but President Alzheimer’s wasn’t allowed to answer any. Biden looks like a damn fool, and I mean that seriously.

Gilmartin took screenshots of tweets from reporters in the room who were complaining about it: 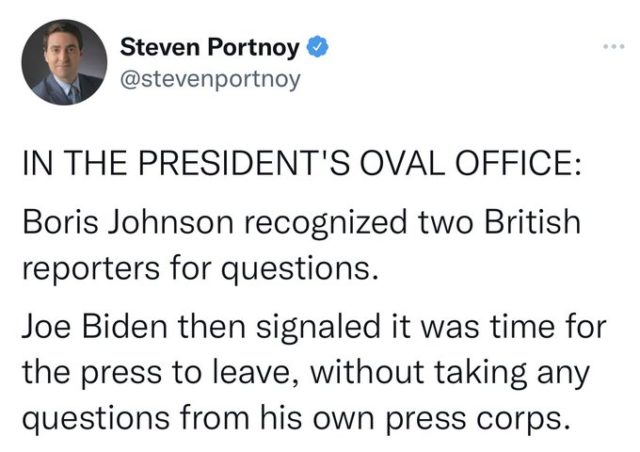 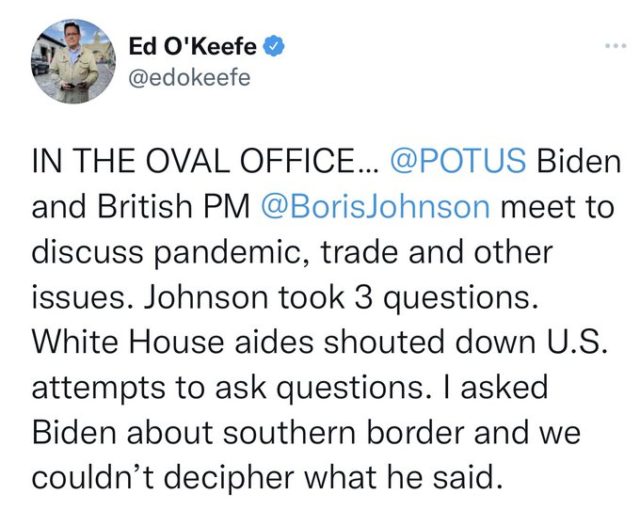 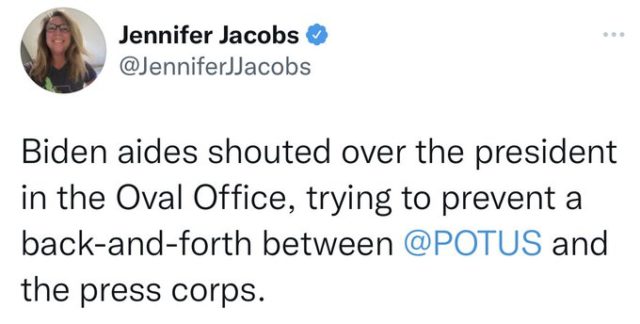 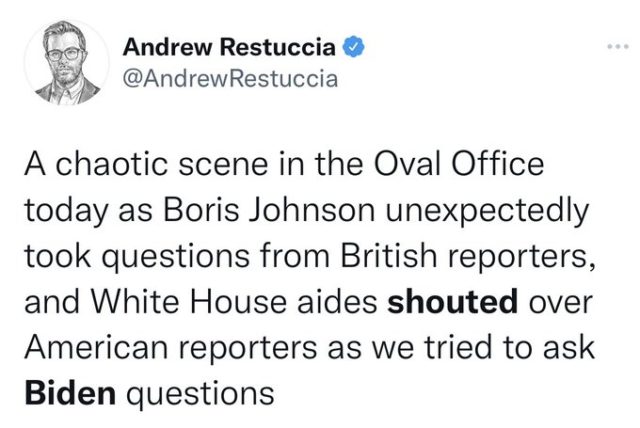 Talk about trying to control the narrative. This has now reached absurd levels.

UPDATE: CBS News reports on what happened and said White House reporters in the room actually filed a formal complaint over being shut out by aides when their foreign reporter counterparts got to ask questions.

But hey, no more mean tweets!