The AP put out a bogus memo trying desperately to justify its new policy that you cannot call the border crisis a crisis. This plea for “neutral” language COINCIDENTALLY followed Jen Psaki, Joe Biden, and the entire administration playing every word game in the book to avoid saying the word “crisis” about the border.

HOW CONVENIENT. Of course, nobody was buying the preposterous explanation.

And you know why? Here’s why:

The AP during Dem admin: don't call what's happening at the border a "crisis" because that's not "accurate and neutral language." https://t.co/Sm81QQmNMo

The AP during GOP admin: pic.twitter.com/cobB2fJPqf

Obviously. Like, we knew that was out there, and so did the AP. It was just a matter of time today for someone to do the work and dig up some examples. Here’s one I found from 2019. 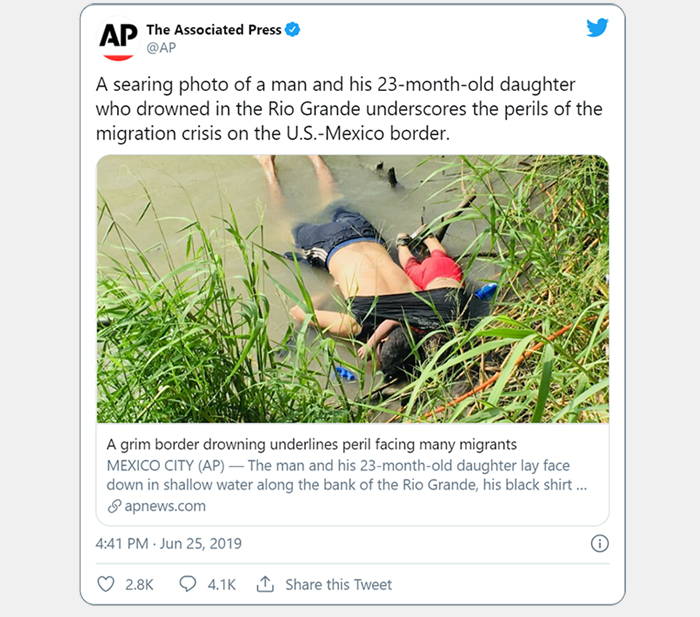 Another child, this time a 9-year-old migrant girl, drowned just seven days ago trying to cross the border. During Biden’s administration. I’d show you the comparable headline, but this time the AP didn’t even COVER it.

There are literally THOUSANDS more examples of the media’s double standards, bias, and propagandizing. It would a useful project for some organization with funding to put a few people on cataloging it all.