Brian Stelter bravely said there cannot be any unity in America because there are too many people allowed to say things that CNN doesn’t approve of.

Stelter complained that Fox and OANN and Newsmax and other conservative and Republican outfits are being too mean to poor Joe Biden. That was his proof that they’re bad. Meanness to Biden. Too soon, he thinks, too much too early.

As you know, CNN and MSNBC were very reserved when Donald Trump took office, choosing not to pile on… HA HA HA right.

During the segment he bashed Fox for bashing other media.

You hear what I’m saying? Bashed Fox for bashing media after he was done bashing Fox and OANN and Newsmax and every other non-Democrat-aligned outlet. HE EVEN BROUGHT CHYRONS INTO THE MIX. 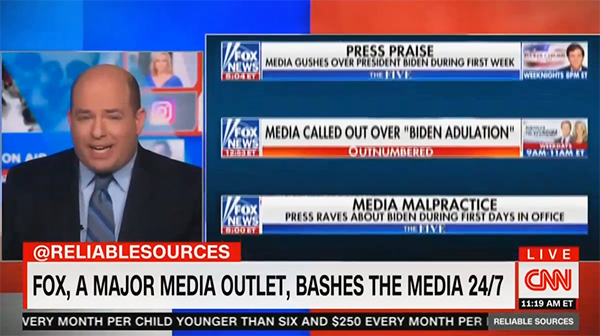 ohhh so upsetting those mean old chyrons. Hey how about CNN chyron for comparison? Let’s pick one from, oh I don’t know, TWENTY SECONDS EARLIER. 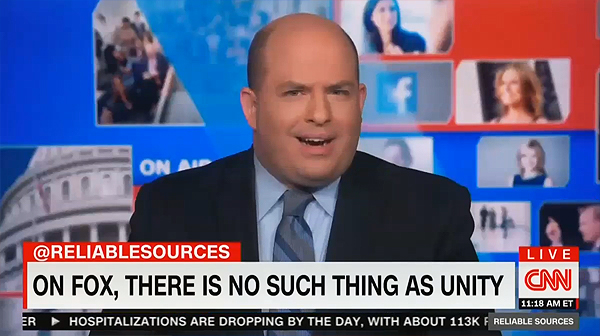 That Fat, Dumb, and Bald Guy, SUURE DOES A MEAN CHY-RON.

I can’t even get over how dumb this was. Watch for yourself:

Y’all. What is happening anymore?