The Canadian government has just forbidden its employees from using the phrase made popular at a recent NASCAR event “Let’s Go Brandon”. 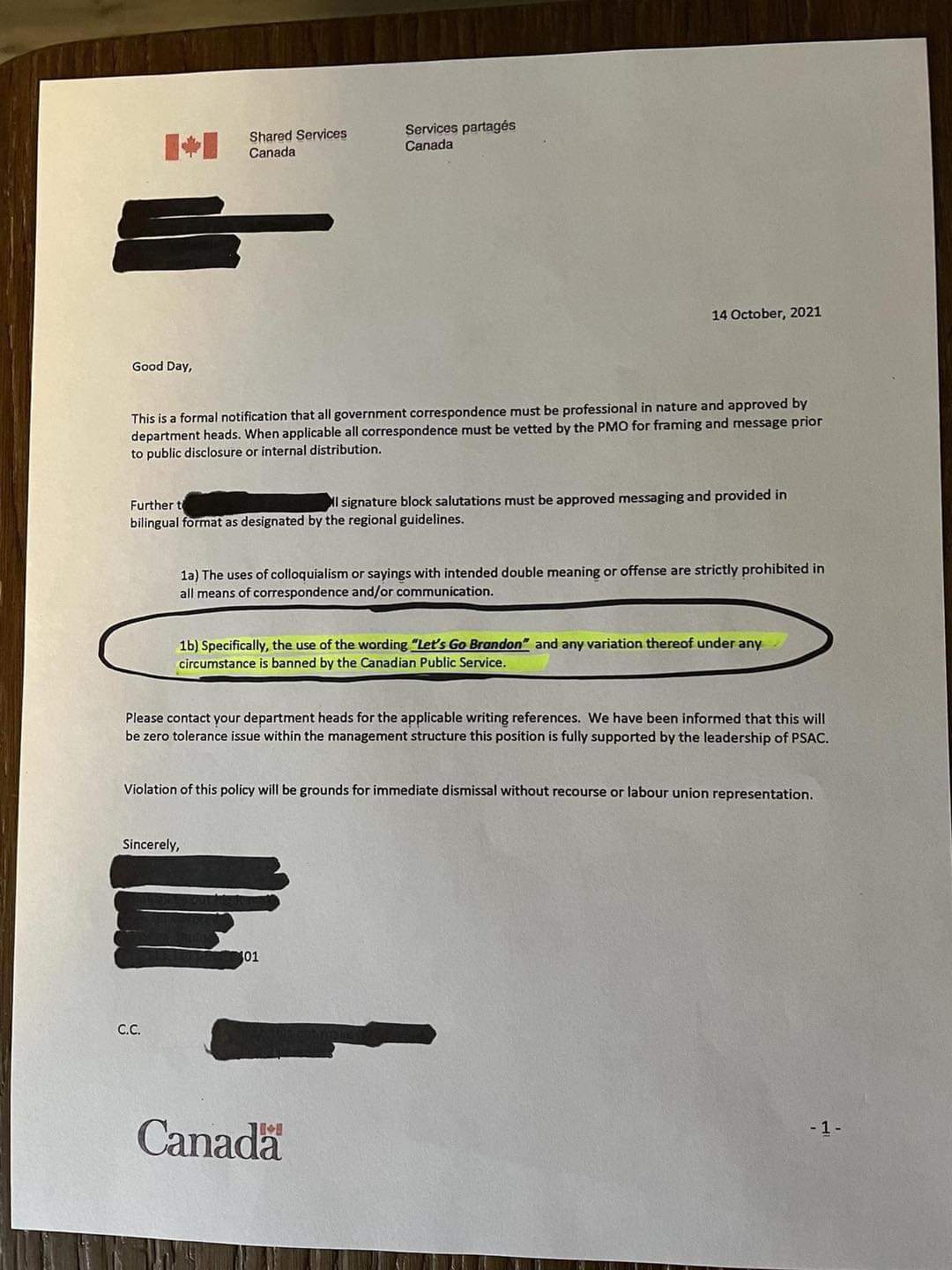 The letter was revealed yesterday on Twitter by Peter McCaffrey.

In the letter, it says that all correspondence must be approved by the Prime Minister’s Office (PMO) prior to being released for public disclosure.

Who knew that this was such a problem in the Canadian government. It sounds to me like many in Canada aren’t big fans of Biden. Or maybe they are trying to use the phrase for their own prime minister. Heh.

Whatever the case, it’s absolutely hilarious that this made it into an official Canadian government document.