YouTube has just announced that it will begin removing videos that claim Joe Biden won due to voter fraud:

Here’s the full announcement that Rubin posted from YouTube: 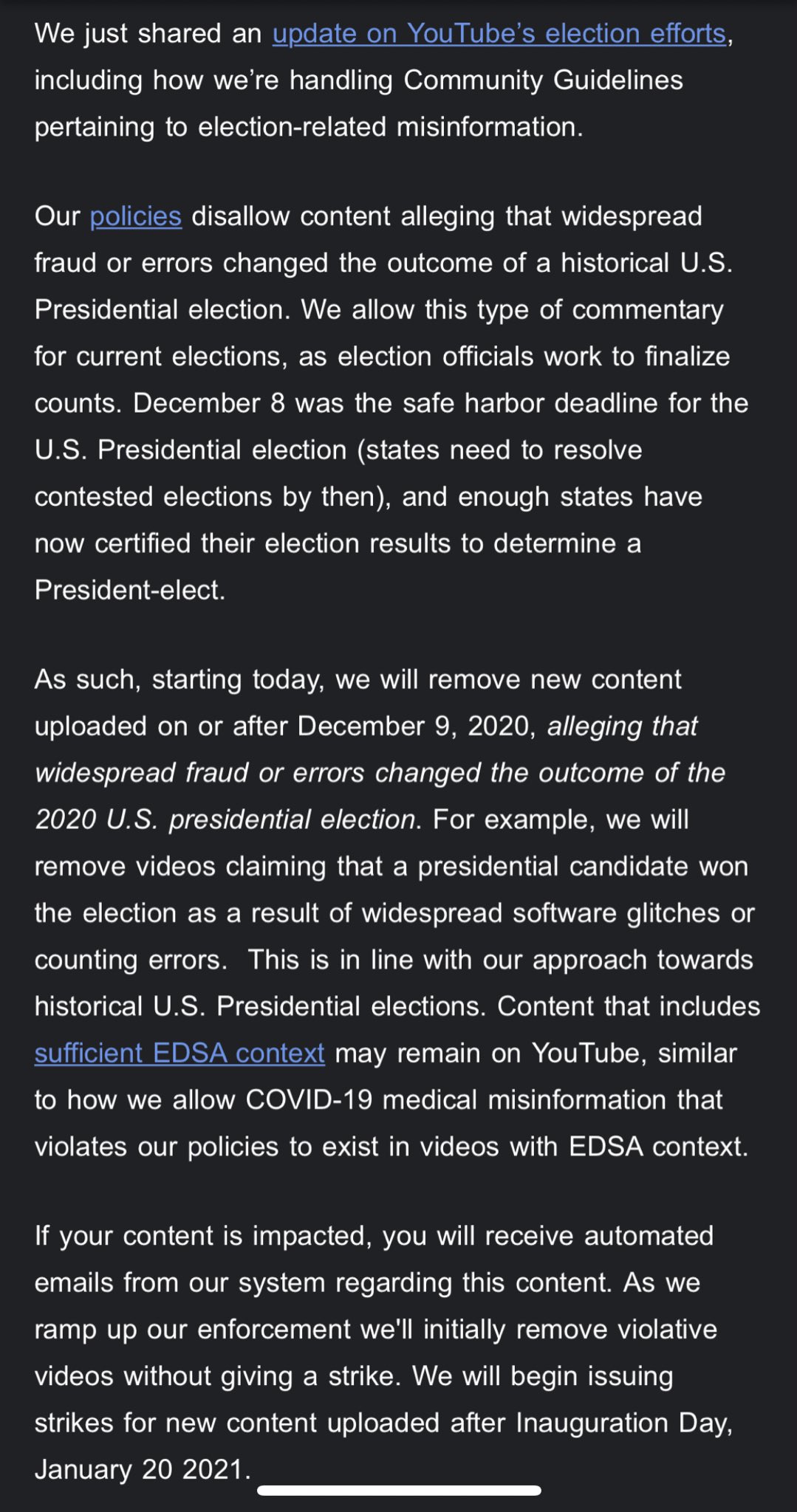 Just like Twitter and Facebook, YouTube will now start censoring people for disagreeing that Biden won fair and square. And what’s worse is that after Biden’s inauguration, they will start punishing people by issuing strikes.

So let me guess, they are going to do the same thing on videos that accuse Trump of Russian collusion after Mueller and the DOJ vindicated Trump?

Since when did disagreeing with someone ‘winning’ an election become like talking about Tiananmen Square in China? I remember seeing bumper stickers for YEARS claiming that Bush stole the election after he defeated Gore in 2000. And I guarantee you some of those same people are the ones running Big Tech.

Pretty soon, and I assure you this is coming, Google will start removing videos of people who disagree with homosexuality and abortion. They already censor those kind of videos by hiding them in the search results or preventing them from generating ad revenue. If they don’t want people disagreeing with their view of an election, then surely disagreeing with their view on homosexuality and abortion isn’t far away.

Also coming are the days when people like me won’t be allowed to make a living with a website like this from Big Tech’s ad programs because I won’t kowtow to their immorality. Some of that is already happening, but I fear it’s about to be put into overdrive.