On the same days as the 10 Christians were beheaded by an ISIS group in Nigeria, another horrific beheading was taking place by an Islamist group affiliated with Boko Haram:

CHRISTIAN POST – A jihadist insurgency affiliated with Boko Haram brutally murdered a Christian bride and her bridal party days before her wedding, a spokesperson for a Catholic diocese in Nigeria has confirmed.

Father Francis Arinse, the communications director for the Catholic Diocese of Maiduguri, told the Catholic News Service that every member of the bridal party for former parishioner Martha Bulus was killed by Boko Haram extremists on Dec. 26 in Nigeria’s northeast Borno state.

Arinse said the bridal party was traveling from Maiduguri to Bulus’ country home in Adamawa at the time they were killed.

“They were beheaded by suspected Boko Haram insurgents at Gwoza on their way to her country home,” Arinse was quoted as saying.

According to Arinse, Bulus used to attend St. Augustine Catholic Church in Maiduguri when he was first ordained.

To give you some idea of where these Christians were at in Nigeria when they were attacked and beheaded, it was in the far northeastern part of the state. I put an ‘X’ on the map to show you: 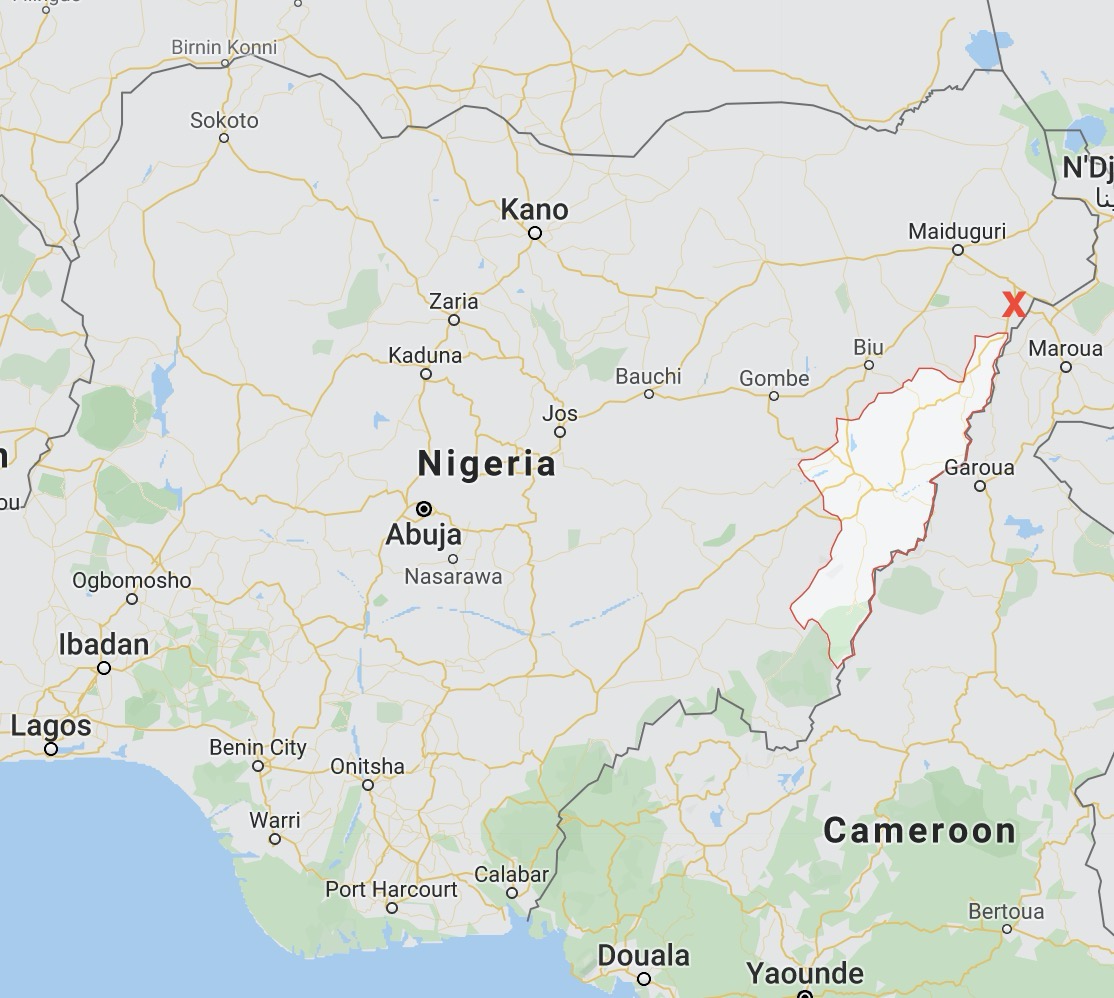 The highlighted section below the ‘X’ is Adamawa, where Bulus and her bridal party were headed.

The northern half of Nigeria is predominantly Muslim and unfortunately that’s where so many of these religious persecutions occur.