CNN only mentions Antifa when they’re arguing that Trump and Republicans believe in conspiracy theories about antifa. Otherwise, the group – which they think is an “idea” – is totally off their radar. Like last night, when they tried to burn down a federal building as part of their ongoing insurrection, CNN didn’t cover it. And still haven’t. In fact in the last year they’ve barely talked about violence in Portland, D.C., and elsewhere, except when they could blame it on conservatives.

Epoch Times notes that there were several fires set around the building, and the antifa rioters were launching roman candles at it, trying to get them through the windows to catch things on fire inside. They were throwing wood pallets on a small fire trying to turn into a big one.

Look at the videos.

Antifa attempted to burn down the ICE building in Portland with federal agents inside.

There will be no FBI manhunt for the arsonists. No billboard & no repercussions for these agitators. 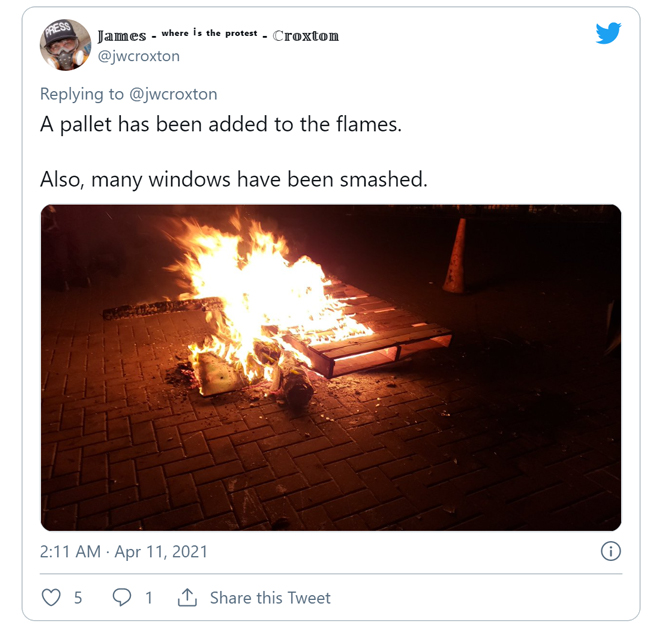 In one video the crowd is cheering, thinking they hear agents trying to escape from the flame through the blocked door. Antifa was trapping them in the building while setting it on fire. 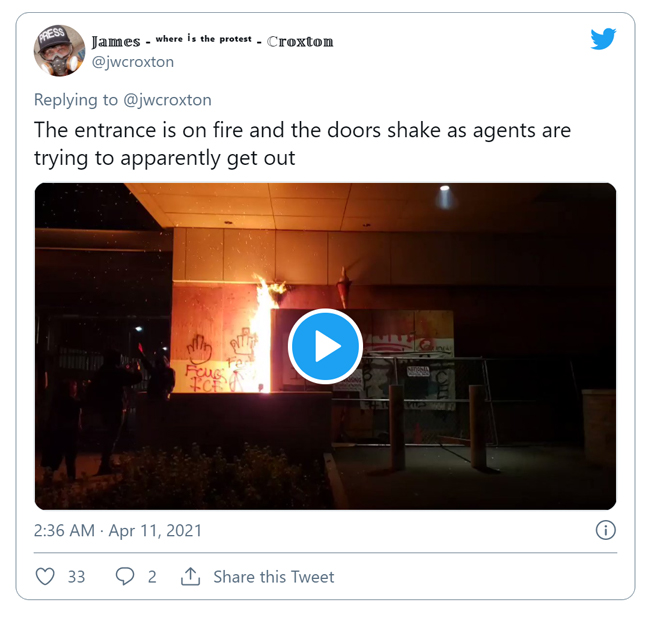 The fact that they failed doesn’t change what they were doing. What they’ve been doing for over a year. They’re trying to violently overthrow the government in their city, and have succeeded a few times in creating their walled-off, crime-infested “autonomous” zones.

CNN is fine with that. From the ubiquitous “mostly peaceful” descriptions to outright on-air encouragement, the only thing CNN does more than claim Antifa doesn’t exist is defend the group against all negative press. Here’s one example really stands out to me. 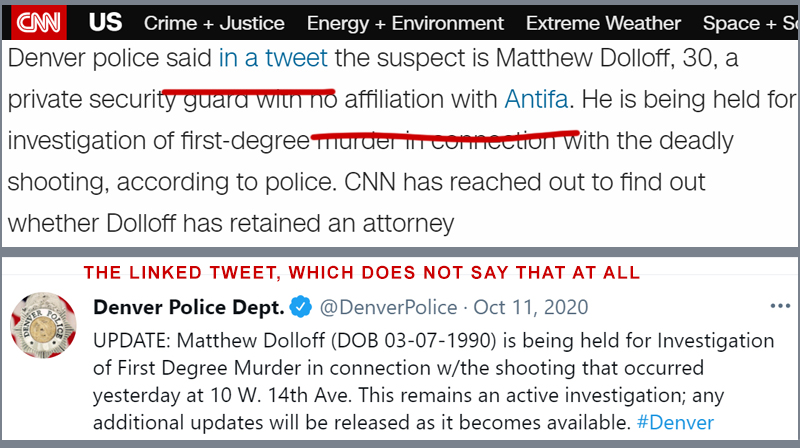 That CNN article was right after the Denver murder happened. It was less than 24 hours later, and they defended Antifa at the TOP of the article, before nearly any other details.

That’s how they do it. What will they have to say about the ongoing Portland insurrection? Nothing at all? Or active defense?